We are Going where No Man has Gone before, since we have the HOLY SPIRIT to take us there. We do not Dare
venture there on our own, since the enemy is always seeking whom he can Devour, spirit, soul, and Body.

So when one attempts to venture into the enemy's territory as if he could just walk in and look around without
GOD'S PROTECTION he is EXPOSING his own Ignorance.

In Times Past the PARANORMAL was Called by different names. So here is a List of some of those names.
Covert, magic, enchanter, soothsayer, sorcerer, hosts of heaven, familiar spirits.

The Word Covertly comes from the Word CLOUD. The Cloud that moved in the wilderness and took the
children of Israel on a 40 year Journey, going in circles. Overthrown in the wilderness. Defrauded, Deceived.

This Cloud created deception that was PARANORMAL and brought an entire Nation into Bondage that
was, and Still is, WAY OVER HUMANS' heads.

Since no one yet Understands what Really Happened at Sinai, it is all coming around to happen again.
The enemy's MO never changes. It is all about MIND CONTROL. 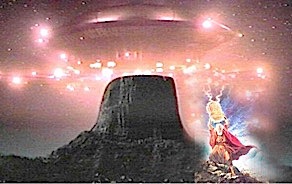 PARANORMAL is MIND CONTROL, and it Works every time.

It Works because HUMANS with their Carnal Mind are easily programed to believe a LIE. WHY? Because they do not believe they can be Deceived. Without the HOLY SPIRIT we would all be deceived, since we do not have any idea how to recognize this Type of deception.

It is called DELUSION, GREAT DELUSION, or MASS MESMERISM.

2 Thess 2:11
Therefore God sends them a strong delusion, so that they may believe what is false,

It took JESUS, the SON of GOD to deliver his people from the Fraud and Bondage put on them by the Destroyers (fallen angels that said they were Gods, masquerading as Angels of Light, creators of the paranormal).

SINAI was PARANORMAL, COVERT activity, that was MIND CONTROL to bring a whole Nation into Bondage (now going on Globally).

The Paranormal is the normal for the Fallen Angels, Aliens, UFO, extra terrestrials, hosts of heaven, all the same thing. It was all orchestrated by them, as MIND CONTROL to keep the human race from ever walking in the SPIRIT (something they can never do).

This Deception has a Name, called VAIL over all Nations. A VAIL of DECEPTION concerning our whole perception of our Reality. It is a Cloak, Covering of Covert Activity beyond our carnal mind's ability to see, or discern.
Means HIDDEN SECRET, secret arts, wrapped up, or covered up.

Isa 25:7
And he will destroy in this mountain the face of the covering cast over all people, and the vail that is spread
over all nations.

Isa 24:21
And it shall come to pass in that day, that the LORD shall punish the host of the high ones that are on high,
and the kings of the earth upon the earth.

This is why you must PURSUE the MIND of CHRIST, which only the Holy Spirit can guide you into.
You can not get rid of your Carnal mind without the help of the HOLY SPIRIT (in other Words the
Truth about our Reality is Light Years beyond SYFY).