It seems that the Biggest Mystery in this World today is the SUPERNATURAL.

This is where the Carnal Mind has no ability to function, yet of course it will always think it is finding out
what the Truth is (while being completely self deceived).

The Carnal Mind of man is man's worst enemy. Only those who have come to their right Mind (his Mind)
are able to Grasp how Low and Lacking in awareness this mind is.

The Supernatural means WAY ABOVE MANS ability to UNDERSTAND. That is what makes it
Supernatural. Man can not understand it!

If Man could understand it, then it would no longer be SUPERNATURAL. So here is the Perfect Example
of the Stupidity of the Carnal Mind, continually attempting to understand something, he can never, ever
Get with his Limited, Carnal, Robotic Mind.

The Carnal Mind of Man just keeps him going in circles chasing his own tail, leading to nothing.

There is no life in the Flesh — Life is in the Spirit. But Man does not seem to get that the REAL SUPERNATURAL
is the HOLY SPIRIT. Man has no concept of this at all.

Today we have a Phenomena called the Paranormal. Another attempt of man to explain things he has no understanding of. Man is constantly investigating this with his Carnal Mind?

Investigating the Paranormal, with a purely natural mind?

However the Paranormal we have today has nothing to do with the REAL REALM of the SPIRIT or the Supernatural.

There is a realm of the spirit, called Spiritual wickedness, which is controlled by phantoms. Unreal images seeking to express themselves and pretend they have a life. Demons, familiar spirits, unclean devils, etc.

It is of course MIND CONTROL, but Man who has know understanding of this realm, has begun to Like it.
It makes him feel alive, since without the Holy Spirit, he is spiritually dead.

When Man in his Carnal Mind encounters the Paranormal, it is electrifying, although Frightening!

Yes, many who embark on this journey to seek out what they can never Grasp, become addicted and brought into Bondage. They are being deceived, and like any drug, continue to Pursue it while being brought into deeper
Bondage of its MIND CONTROL.

I have listened to these people talk, and the Deception is REAL. They will tell you that it is Not MIND CONTROL, while they are unaware of their own self destruction.

The REAL REALM of the SPIRIT, the REAL SUPERNATURAL is beyond and pasted finding out. Only the
Holy Spirit can give you access or discernment and only the Holy Spirit can break off the Yoke of deception
from your mind, if you have mind blinding spirits.

This scripture means that like a hammer breaks a rock/ the Holy Spirit will shatter the deception on your Mind.

Man thinks he can learn about and dabble in the paranormal, on his way to HELL.

Man creates his own destruction.

There is even a Church called, THE CHURCH of the PARANORMAL

Man is reducing God to an UnHoly Phatom 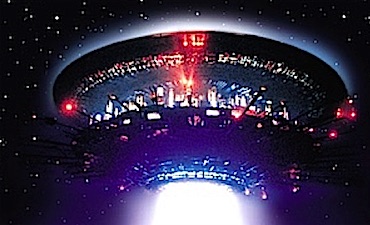