Mystery of Becoming the Word

The Spiritual strategy for evolving, sets you up for a reality that you will not be dependent on.
This sets one Free from all paradigms. Significantly altering all that has come before by erasing it and
moving one into the Spirit where there are know Preconceived Paradigms.
Know structured, carnal mind, pre-taught nonsense to draw from. Just you and the Holy Spirit.

Galatians 5:1   Freedom in Christ
So Christ has truly set us free. Now make sure that you stay free, and don’t get tied up again in slavery to the law.         ( patterns B.S belief systems you create, LAW )

2 Corinthians 3:17
Now the Lord is the Spirit, and where the Spirit of the Lord is, there is Liberty.  ( Freedom )

This is Real Freedom.

The Carnal Mind is constantly attempting to create patterns or structures to keep one's thought
patterns confined. Belief Systems that Barricade the Mind, blocking out all other insights or views. RIDGED
belief systems that confine your thought patterns, not FREE them.

The WORD of GOD was designed to FREE you from making Belief Systems, but due to the way it is now being used (Or should I say, Not being Used ), the application of the Word of God is not able to complete this function.

The Spiritual strategy of the Word of God was designed to evolve your thought process, not create
a belief system. However this process can only take place one on one, with the Holy Spirit as the teacher.

When someone reads the Word through the Lens of already taught, preconceived ideas, this reduces what is read back to a CARNAL level, LAW. Nothing has evolved, since the Word is designed to set you FREE from all you where already taught.

One must become as a Little Child in order to Hear Gods Word as for  the First Time. Allowing the Holy Spirit to teach you his Perception of the Word, not man made up stories telling you what the Word says. (Stories you  continually rehearse, but have never, ever STUDIED?)

The WORDS of GOD are like Keys, that unlock your consciousness.

Just as the Key to your House, is not your House, the Words of God are only KEYS to UNLOCK your Consciousness and FREE you from whatever structured belief system has been taught to you from childhood.

But the WORD of GOD has now been reduced back to Structure and belief systems.

This is not SUPERNATURAL at all. This is Carnally Minded.

People have Made the WORD of God into a Belief system, when the Word was designed to FREE you from
all belief Systems?  (  meaning it has become set in stone )

The Minute you construct a belief system you are BACK UNDER THE LAW.

This is the CARNAL MINDS Job, to keep you building your belief system, to keep you in bondage,
going in circles, thinking you have found the Truth. What a LIE.

There are know BOUNDARIES, Belief Systems, structures, or Limits in the SPIRIT or Mind Of Christ.

There is know place in the REAL SPIRIT where you come to a Mountain top, sit down and say
This is it, I HAVE THE TRUTH. NO  we are Constantly EVOLVING to Higher Ground.

There is know FREEDOM in any belief system. That is Law, Bondage, Curse.

So when the WORD of GOD states the TRUTH will set you FREE, it means REALLY FREE. FREE from
your own self-destructions of constantly creating things to believe in, or not believe in.

There is know place to get to, there is nothing to gain. We are just on a Journey in pursuit of JESUS.

The Incorruptible Seed is in a STATE of Constantly evolving, Constantly Moving to Higher Realms never
Standing still in a place of arriving.

This is a state of Eternal Child-like Awakenings, Rediscovering something New, Eternally.

The Never Ending MYSTERY is Always Unfolding, It is Beyond knowing.

The Spoken Word, the INCORRUPTIBLE SEED is designed to keep evolving into something more Supernatural. As this SEED within you moves your consciousness beyond reading words that are Spirit, it becomes the  Spoken Word that Liveth and Abideth forever.

In other Words you must Evolve  into being the Spoken Word Made Flesh. ( this is its Purpose )

THIS IS WHAT the INCORRUPTIBLE SEED was designed to do. Produce  A Second Coming of the SON OF GOD,
in you and through you.

YOU MUST BECOME THE NEXT EVOLUTION of the INCORRUPTIBLE SEED.

AS THE SON OF GOD, YOUR WORDS HAVE BECOME INCORRUPTIBLE SEEDS.

Journey of the incorruptible Seed
One Seed 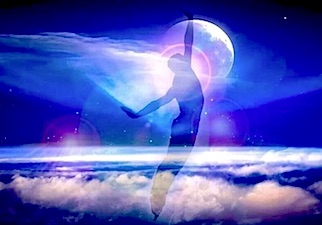