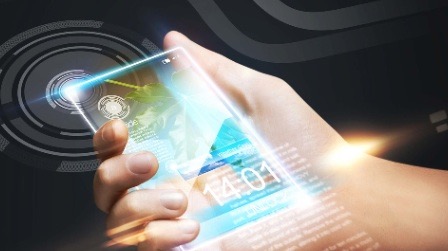 BIBLE STUDY: Read A combination of Luke and Marks Gospel on JESUS WORDS, where the Jews are asking him Questions so they can Trick him.

Jesus was Born under the LAW ( Mind Control, Bondage ) Carnal thinking, a Belief System that was designed to keep you from thinking for yourself. Designed to keep your Mind in total Bondage to RULES, LAWS, without Questioning. TRADITIONS you where not allowed to break.

Jesus was never in Bondage to the LAW, he walked in LOVE, so he was a LAW unto himself.

Walking in LOVE makes all Belief Systems OBSOLETE. There are No LAWS in the SPIRIT, Just LOVE.

So Jesus came teaching from the Mind of Christ. He begins by asking simple Questions that are designed to get the people thinking for themselves. He starts with PURE COMMON SENSE, which no one seemed to have.

Luke 6:9
Then said Jesus unto them, I will ask you one thing; Is it lawful on the sabbath days to do good, or to do evil? to save life, or to destroy it?

Is it LAWFUL to do good or do evil on the Sabbath Day? WOW. You can help your animals, but not people.

Luke 13:15
The Lord then answered him, and said, Thou hypocrite, doth not each one of you on the sabbath loose his ox or his ass from the stall, and lead him away to watering?

Luke 13:16
And ought not this woman, being a daughter of Abraham, whom Satan hath bound, lo, these eighteen years, be loosed from this bond on the sabbath day?

He gives them simple Questions which they then have to Contemplate for themselves.

These people never, ever debated among themselves concerning any Questions concerning the Law. Only the Rabbis did that.

So what Jesus is doing is getting them out of their Mind Controlled thinking, to start thinking about these issues which creates Debate. Like how can it be Bad or unlawful to Heal someone on the Sabbath? Don’t you loose your animals if need be, why not a daughter of Abraham, who has been in Bondage for years?

This is the MIND OF CHRIST in operation. It Breaks things Down to something so Simple, you can not believe you MISSED it. The Carnal Mind creates Multiple Steps that are not needed. It creates issues that are not there, it can not see how to accomplish something Simply. It is always complicating things.

So when You are reading what Jesus is saying, Realize what he is doing: He is using the MIND of CHRIST to BREAK DOWN the MIND CONTROL of the Law, and it is being done with COMMON SENSE Phrases.

They are always asking him COMPLICATED QUESTIONS to Trick him. He always gives Very Simple Answers, and they MARVELLED at his Answers. They're SIMPLE.

Like the one about, is it Lawful to pay tribute to Caesar?

The worst one is about a women having 7 husbands, really complicated.

Mark 12:25
For when they shall rise from the dead, they neither marry, nor are given in marriage; but are as the angels which are in heaven.

Luke 20:26
And they could not take hold of his words before the people: and they marvelled at his answer, and held their peace.

All of this is leading to ABOLISHING the LAW and replacing it with ONE LAW, LOVE.

Colossians 2:14
Blotting out the handwriting of ordinances that was against us, which was contrary to us, and took it out of the way, nailing it to his cross; 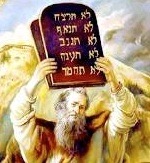 So everything they were doing was unnecessary if they would just walk in LOVE.

So what is this all about. It was about a Counterfeit Belief System that was CARNAL, so nothing Spiritual could come from doing it. It was BONDAGE.

Yet today Man is right back in the Same Place with a New Belief System he created to replace the LAW.

Man can not walk in LOVE, it is too SIMPLE. He must Create complicated doctrines / Belief Systems to keep himself in Bondage. It makes him think he knows something.

Christianity is a Belief System and it is just a Revised Version of the Law. It has Nothing to do with GRACE, Grace is a Consciousness that is dependent on you Walking in LOVE, which makes your Belief System OBSOLETE.

When you Walk in Love you are Above the LAW. You are the LAW, LOVE is the only Law there is in the SPIRIT.

JESUS Transcended the LAW, by Walking in LOVE.

The JEWS refused GRACE. They LOVED Rituals, Traditions, Bondage. There Belief System was their God.

Simply put: There are NO BELIEF SYSTEMS in the SPIRIT, just walking in LOVE.

If you have a Belief System (religion) you are in Bondage to your CARNAL MIND - you are not walking in Love.

So Man has NO IDEA what Grace is. He does not have the MIND of CHRIST, and he refuses to give up his BELIEF SYSTEMS (doctrines) in order to GROW UP SPIRITUALLY.

GROWING UP SPIRITUALLY is Realizing that your Carnal Mind has you in BONDAGE to a self Created Belief System, that is totally CARNAL.

GRACE is when you Consciously Depart from your own Belief System to Walk in LOVE. (you can not do Both)

TAKE the QUANTUM LEAP Step of FAITH and begin to Move beyond the Prison of your Self inflicted BS and begin to Grow up in the MIND of CHRIST. Thinking Like a Child.

Jesus Came Teaching COMMON SENSE to Destroy the Mind Control of the Devil.

As you Read how JESUS taught, it will release you from your own Mind Control or Belief System that you are in Bondage to/ ( dead doctrines that are all CARNAL thinking )

That is what JESUS' WORDS are for. They are designed to set you FREE from your MIND CONTROLLED Belief System ( better known as Christianity ) You can NOT be set FREE if you are Reading the Word through the LENS of Brainwashed Doctrines you’ve been taught your whole life.

JESUS' WORDS are Designed to DESTROY MIND CONTROL, or BELIEF SYSTEMS, THE works of the Devil. There are NO DOCTRINES in the SPIRIT. All there is IS LOVE.