AMOS 3:7
Surely the Lord GOD does nothing, Unless He reveals His secret to His
servants the prophets 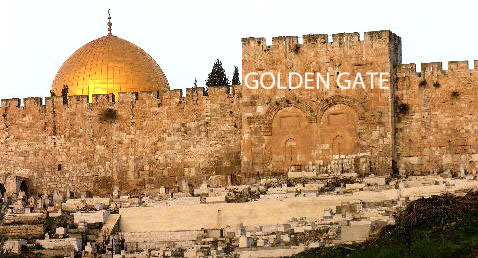 Zechariah 12:3
On that day I will make Jerusalem a heavy stone for all the peoples; all
who try to lift it will injure themselves severely when all the nations of the
earth gather against her.

Zec 12:3 And in that day will I make Jerusalem a burdensome stone for all people:all that burden themselves with it shall be cut in pieces, though all the people of the earth be gathered together against it.

Zec 12:9 And it shall come to pass in that day, [that] I will seek to destroy all the nations that come against Jerusalem. .

New Alliances are being REFORMED as I am writing/.

Pray for the Peace of Jerusalem.

NEW MOSQUE will look similar to this only much, much, much BIGGER, and the colors will be Brighter with Red, blues, yellow etc.

I had a Vision in 2005 of the New Mosques to be Built on the Temple Mount.In my Vision I saw 3 Mosques/But this could have just meant that all 3 Mosques would be United into one/since that is what is Now being Planned.

YES there is a Plan to Build a HUGH MOSQUE .

The Waqf Trust is planning to unite all the mosques on the Temple Mount into one.

We are NOW LIVING in the LAST DAYS/Only the ANTI CHRIST can Negotiate a TREATY with ISRAEL to allow this to happen without World War 4.

The Temple that is being Referred to in Bible Prophecy has Never been Referring to a JEWISH TEMPLE.

It is Referring to a Heathen Temple,  where the Abomination of desolation  will be Standing.  But the  Temple Mount is the Holy Place.

Mat 24:15 When ye therefore shall see the abomination of desolation, spoken of by Daniel the prophet, stand in the holy place, (whoso readeth, let him understand:)

Since the Whole Temple Mount is a Holy Place, any place this FALSE GOD STANDS is where it ought nought to be.

But this FALSE GOD is going to be Standing in a Heathen Mosque, not a New Jewish Temple.

PROCLAIMING HIMSELF to be GOD/

2Th 2:4 Who opposeth and exalteth himself above all that is called God, or that is worshipped; so that he as God sitteth in the temple of God, shewing himself that he is God.

I have seen this MOSQUE in the Spirit and it is so BEAUTIFUL.

I am assuming that the Treaty will also AGREE that the JEWS will be Allowed to Build their NEW TEMPLE as well, since there would be no reason for a Treaty unless it Included that, But this is never going to Happen. This whole thing will be a LIE from HELL.

John 2:19 Jesus answered and said unto them, Destroy this temple, and in three days I will
raise it up.

JESUS IS THE TEMPLE.  HE IS THE HOLY PLACE.

When this FALSE GOD PROCLAIMS himself to be GOD /the JEWS are going to RUN for their Lives.

Mar 13:14 But when ye shall see the abomination of desolation, spoken of by Daniel the prophet, standing where it ought not, (let him that readeth understand,) then let them that be in Judaea flee to the mountains:

If this Plan of the Waqf wants to Unite all the Mosques, then that means they will no longer need the Dome of the Rock as a Mosque. ??

The Supreme Muslim Council was reconstituted in Jerusalem under Israeli rule after the Six-Day War in 1967. It is presently the judicial authority of the Muslim community in Israel in matters of personal status of its members under Israel's confessional community system.

Who Stole Temple Mount From the Jewish Nation?

Vision of Temple Mount in Jerusalem

I was sleeping one night and then All of a sudden I was in the Spirit and I was flying. I woke up in the Future I was over looking the Temple Mount where a lot of construction was going on. I wasn't Dreaming I was there sometime in the near Future

I was looking down towards the Golden Gate or Gate Beautiful. I was thinking about how Beautiful it was, although I did not know what I was looking at.

Later I realized what Gate it was, and that it looked like it had been Remodeled.

The thing that caught my eye was to the Far Right End of the grounds I could see Beautiful New Dome Structures, 2 or 3 New Mosques.

The Roofs of these New Domes where covered with Sparkling, mosaic designs, like the design they do on the inside of the Domes. These Domes had the outside done, just like they now do the inside. The Domes where not the same size as the old one, they where much Bigger and Wider. The Colors where very Lovely.
I saw 2 or 3 new Domes with this New design ( but they will all become one HUGH Mosque )

The Old Dome of the ROCK WAS GONE!!!

There was NO DOME of the ROCK

Large Tractors or Land Movers where busy moving around, doing something to the ground making it ready to do more building.

Then I was on the ground walking around among these Tractors, and talking to the men there, asking them something? I did not realize I was in the Future until I came Back.

I Realize Now I was Standing on HOLY GROUND

The Next Temple to be Built on the Temple Mount , will be a HUGH, Beautiful New Mosque's.

The Dome is Coming Down!

STUDY NOTES only for those who can HEAR. (  you can ask me for my study notes. )

The Anti Chrsit is the Beast,  better known as an Abomination from the Tribe of the Rephem, off spring of   Og the king of Bashan.   a FALLEN ANGEL.

Yes there are Giants in the LAND,  and the Calebs  are suppose to be EXPOSING them, and Casting them Out/  What are you doing. ?