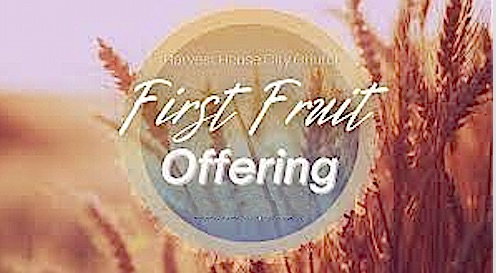 GOING BEYOND Where NO MAN has GONE BEFORE.

THE REAL GOSPEL  for This GENERATION:  THE GOSPEL is a  GENDER WAR.

What is it?   Seems like most people have NO IDEA  what the REAL GOSPEL actually is.

When you Chose to get BORN AGAIN you were to PUT OFF your FLESH.

If you Put off your FLESH,  to become a NEW CREATION,  then you are NEITHER  MALE
nor  FEMALE.  The NEW CREATION is an  UPGRADE.  You OPT out of your Decaying
Flesh. Opt out of DNA, DEATH.

So if you’re Not able to GRASP  that, then you have NO IDEA how to Preach the GOSPEL
to this RIGHT NOW GENERATION  that has NO IDEA  who they are.
If Becoming a New Creation isn’t REAL to you, then you are not Qualified to be an
AMBASSADOR of Christ.

The Gender Revolution  started 2,000 years ago.  DUH  seems it went right over most people’s
Heads.

The GOSPEL of the NEW CREATION, THE NEW TEMPLE   is RIPE for a TIME LIKE THIS.

It is Very SIMPLE, THOSE who  Have Put on Christ need to Start PROCLAIMING  that
the New Birth is Sexless.     NO MALE  OR  FEMALE.

NO GENDER — ONE IN CHRIST JESUS.

The Enemy is going to Destroy this Generation by Perverting   their  sexual identity.

IT’S TIME TO MOVE  this GENDER WAR TO A WHOLE NEW LEVEL.

OPT OUT OF SEX TOTALLY,   BECOME A NEW CREATION,   and become  NO GENDER..
Get a NEW TEMPLE for REAL.

TOP THAT.     OPT out of GENDER BONDAGE.   UPGRADE to becoming   BRAND NEW.

WE NEED a NEW MOVEMENT  of  REAL BELIEVERS   OPTING out   of GENDER
IDENTITY PERIOD.

THIS IS HOW  the NEW TESTAMENT  CHURCH  LIVED. They Lived as if they Had their NEW TEMPLES NOW.

Paul  States that they are GROANING within themselves to Get set Free from their FLESH and
get their NEW BODIES.

Rom 8:23 And not only they, but ourselves also, which have the firstfruits of the Spirit, even
we ourselves groan within ourselves, waiting for the adoption, to wit, the redemption of our body.
The New Testament Church was Persecuted for Promoting Celibacy.

THERE IS NOTHING MORE RADICAL   then  OPTING  out of   BEING  MALE or FEMALE.

PUT ON YOUR NEW TEMPLE and begin to BROADCAST  that  you are MADE NEW by
UPGRADING  yourself to  LIBERTY. Walking in your Flesh is SLAVERY.

The Biggest LIE of the DEVIL is Getting you to Leave your First Estate,   but as Usual he has
OVERPLAYED  his Hand.

God is going to Use the Enemy’s Plan  to   BROADCAST   THE GOSPEL    and Take it to a
WHOLE NEW LEVEL.

GET  RID  of your  GENDER  and BECOME a NEW CREATION.    THAT IS THE GOSEPL
FOR RIGHT NOW.

TRANSGENDERS   Can  become  TRANSFORMED   into a NEW CREATION  of NEITHER
MALE or FEMALE.

ARE YOU READY  TO PREACH  THE REAL GOSPEL?

JESUS is also our Role Model for Celibacy.  THE  NEW BIRTH has NO SEX.

Did you Forget that JESUS is a EUNUCH   and he is the  RESURRECTION .

Eunuchs that chose Celibacy,  Are Called FIRST FRUITS in the Hebrew.

REV 14:4 These are they which were not defiled with women; for they are virgins. These
are they which follow the Lamb whithersoever he goeth. These were redeemed from among
men, being the firstfruits unto God and to the Lamb.

Again Paul is constantly talking about it,  but  no one UNDERSTANDS what FIRSTFRUITS
MEANS.  means/    EUNUCHS. Celibacy.

The New Testament Church was Persecuted for Promoting Celibacy.

2 Corinthians 11:2
For I feel a divine jealousy for you, since I betrothed you to one husband, to present you as a
pure virgin to Christ.

Rom 8:23 And not only they, but ourselves also, which have the firstfruits of the Spirit, even
we ourselves groan within ourselves, waiting for the adoption, to wit, the redemption of our body.

1 Corinthians 7:29
This is what I mean, brothers: the appointed time has grown very short. From now on,
let those who have wives live as though they had none,

Romans 8:8 So then they that are in the flesh cannot please God.

Daniel and his friends chose to be EUNUCHS.  They are the example of Firstfruits — ANOINTED to
OVERCOME the WORLD.   They lived in Pagan Paradise, Babylon, Earth,  and God just kept
Blessing them.

If your IDENTIY is with your FLESH, then you are a SLAVE. You’re in Bondage.

PUT OFF YOUR FLESH and  BECOME  a NEW CREATION  NOW.

OFFER UP YOURSELF  as  a FIRST FRUIT.

536 NT Firstfruits
to offer firstlings or firstfruits
to take away the firstfruits of the productions of the earth which was offered to God. The first portion
of the dough, from which sacred loaves were to be prepared. Hence term used of persons consecrated to God for all time.
persons superior in excellence to others of the same class

Firstfruits are those who Consecrated themselves. EUNUCHS.

The Gender Revolution  started 2,000 years ago.  DUH  seems it went right over most peoples Heads.
This is the Gospel that was being Preached 2,000 years ago — and FINALLY  you have a
Chance to ACT on it.