THE ON GOING MYSTERY

ISRAEL against the GIANTS 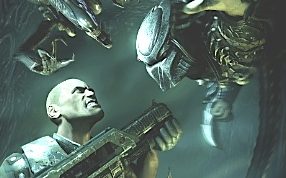 Gen 3:14Then the LORD God said to the serpent, "Because you have done this, you are cursed above all cattle, and above every beast of the field. Upon thy belly shalt thou go, and dust shalt thou eat all the days of thy life.

Gen 3:15 And I will put enmity between you and the woman, and between your seed and her seed. it shall bruise thy head, and thou shalt bruise his heel.

However those who are finally realizing this/ are still in the DARK about what was Really Going on and Why/ This was a Multi- Dimensional MYSTERY/ HIDDEN/ This was a Mystery within a Mystery/ God baited satan by telling him that the seed of the Women would wipe his seed out/ It was part of Gods Ambush that satan Totally believe this seed was coming through a Human Blood Line.

This Species War has been going on for Thousands of years/ God allowed it to go on and on/ to keep his enemies in the dark, thinking that they where accomplishing something/ by Contaminating all Human DNA/

At one point God wiped out everything, in order to keep up appearances that this was about contamination of a Carnal Seed/ But it all started over again with Ham/ after the Flood. These Fallen Angels/ that became an Alien Race, called the Nephilem or Giants, thought if they could Pollute Human DNA that this new Species God was bringing in would never, ever be able to Wipe out their seed or satans seed, or the Nephilim seed. Alien seed.

So all of the fighting and killing going on in the Old Testament is about the Seed of Abraham/ Killing off the off spring of these Aliens and the Tribes that they had infected/ David was always killing off the Giants and their off spring/ God was just keeping his Mystery Going/ These Tribes actually Fall into to separate Camps. Issac and Ismael.

The MYSTERY of the NEW BIRTH/ has never Been PREACHED/

It has only been distorted/ and Mis Understood for 2,000 years.