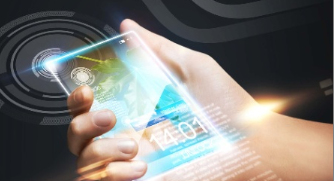 Introduction to the Mysteries


Well, good morning Morning Star Travelers/ this is a New episode of going where No Man has Gone before. In interpreting the scriptures of God concerning this reality. This is to lay a little foundation for everything that we're going to talk about in concerning the mysteries in days to come. So I have spoken about this once before in perception of reality but this is just give you a foundation of what the word of God tells us our reality really is.

OK, number one the word of God says that God creates world's without end. This doesn't mean that he creates a bunch of planets without end, it means to people four thousand years ago they understood what this met, and they called the word AGES or spans of time. In our day and time we would call this a time line, God creates time lines without end. The scripture tells us that when God gets done with these time lines he Folds them up like a garment and throws them way and starts a new one.

We are not capable of comprehending what it is God is doing. So for the time line we're living in God created 2 dimensions he created the Celestial dimension called the Heavens which is a multi dimensional dimension, there is heavens within heavens, and he created this dimension which is referred to as earth, which means region doesn't mean planet earth, but it means region which also means terrestrial.

Now the root mean of the word terrestrial means prison and God calls this dimension his foot stool, so from the very beginning God created this dimension as a Prison that he calls his footstool where he prophesied that he was going to get his enemy into this dimension under his feet. The Word footstool also means inferior position.

So the good news is that we are in an inferior position under gods feet in a prison, that's why Jesus had to lead the captives captive, captivity captive and loose us from this prison because it wasn't created for human beings, it was created so God could trap his enemy and wipe him out.

So, I want you to be clear on the place where we are living, in other places in the word of God, this dimension literally is referred to as a figure of the true. I'n fact in our day and time you can actually say we're living in a virtual-reality there's nothing real going on here. Jesus said I came that you might have life so we don't have any life here. Theres life in the Spirit but this is the dead zone.

This is a carbon copy of something real, and the enemy wanted to rule and reign, and this is the closest he could get to doing that, in this false inferior image of the true.

So that's just an introduction of what we're going to be talking about in the days to come. So that when we start talking about it you'll know where it is we're living in the footstool dimension, and what God is all about.

Those words literally mean Recently made, fresh unused, unworn, and it means uncommon, unheard of, or never been done before/ Brand NEW. Unprecedented.

John is referring to this trying to describe something that's never happened before and so it cannot be compared to what's going on now since obviously God dose not need to create another prison because he accomplished his goal, wiping out his enemy 2 thousand years ago.

So these are some of the things we are going to be talking about in relationship to the mysteries. So that when we are talking about them so that you'll know what were talking about when we refer to these different dimensions, and to our Real, position here in Christ Jesus. 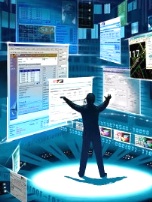 Isa 51:6 Lift up your eyes to the heavens, and look upon the earth beneath: for the heavens shall vanish away like smoke, and the earth shall wax old like a garment, and they that dwell therein shall die in like manner: but my salvation shall be for ever, and my righteousness shall not be abolished.

Hebrews 1:
10 And, Thou, Lord, in the beginning hast laid the foundation of the earth; and the heavens are the works of thine hands:
11 They shall perish; but thou remainest; and they all shall wax old as doth a garment;
12 And as a vesture shalt thou fold them up, and they shall be changed: but thou art the same, and thy years shall not fail.

(DO NOT ever Study Word meanings online/ It is a terrible resource and leaves out half the meanings? for some strange reason. You MUST USE the BIG BOOK of Strong's.)

period of time, age
for ever, an unbroken age, perpetuity of time, eternity
the worlds, universe

to make one a footstool of one's feet, i.e. to subject, to reduce under one's power

metaph. taken from the practice of conquerors who placed their feet on the necks of their conquered enemies

1916 ot/
something stamped to pieces

existing in heaven
things that take place in heaven
the heavenly regions
heaven itself, the abode of God and angels

existing upon the earth, earthly, terrestrial

the earth as opposed to the heavens

a country, land enclosed within fixed boundaries, a tract of land, territory, region

opening of the dungeon, Jail- delivery/ ( from sin )

Psa 68:18
Thou hast ascended on high, thou hast led captivity captive: thou hast received gifts for men; yea, for the rebellious also, that the LORD God might dwell among them.

FALSE REALITY or Figure of the TRUE

Hbr 9:23
It was] therefore necessary that the patterns of things in the heavens should be purified with these; but the heavenly things themselves with better sacrifices than these.

1) a sign suggestive of anything, delineation of a thing, representation, figure, copy
2) an example: for imitation
a) of the thing to be imitated
b) for a warning, of a thing to be shunned

Figure, means it is not the Real Deal/ It is the Counterpart of what is to come.

1) a thing formed after some pattern
2) a thing resembling another, its counterpart
a) something in the Messianic times which answers to the type, as baptism corresponds to the deluge
(1 Pet 3:21)

Jhn 20:31 But these are written, that ye might believe that Jesus is the Christ, the Son of God; and that believing ye might have life through his name.

He Set us FREE from VIRTUAL REALITY/ THE ILLUSION of LIFE/ not life at all.