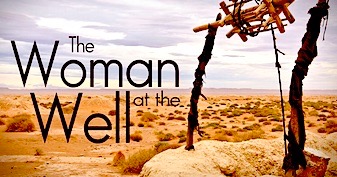 JESUS and the Samaritan WOMAN

In John chapter 4, we have a Story of Jesus and his encounter with a Samaritan woman.

These people were outcasts to the Jews of those days. In other Words this is a Perfect Example of the Jews thinking God was a Respecter of Persons, or that they were somehow Better than others. ( Samaritans, or Gentiles )

Here we have JESUS going in Person to have a meeting with a Woman, who Jesus obviously wanted to meet, and minister to. JESUS Prearranged this, he was Waiting for this Woman.

( First of all Jews had No dealing with Samaritans, let alone men did not talk to women alone )

There are all kinds of Stupid commentaries on this encounter, none seem to Get that JESUS was No Respecter of Persons and he Demonstrates in this example how God goes out of his Way to Preach the Gospel to those who will HEAR.

This Woman had a very Big Influence on the people in this town, that is why Jesus chose her. But she was also a Spiritual Seeker, who was very knowledgeable in the Promises of God.

She knew that the Messiah was coming, and she wanted to Worship him, even though her life was a mess. Her Spiritual Hunger Drew the Lord to speak Life giving Words unto her.

Through her Transformation, she Preached the Good News to her own People and many of the people believed because of Her, as well as over the next 2 days they believed when they Heard Jesus.

A Revival Broke out in this Town. The GOSPEL was Preached to outcasts, and Not only that a WOMAN was Used to Start it.

Jesus spent 2 days with these people and Preached the Gospel to them, so not sure where the idea came from that Jesus only taught the Jews?

This is an EXAMPLE of JESUS as the REVOLUTIONARY.

Here he has Totally Gone way out of his Way to Throw all Tradition aside. He makes No attempt to CONFORM to any kind of Mindset that they all had. He ABOLISHES all Previous Conduct between men and women, as well as how one is to Relate to others that have been LABELED by TRADITIONS of Man, as Less then equals.

JESUS shows us that he Operated with NO BELIEF SYSTEM. NO TRADITIONS of MAN. NO RESPECTER of PERSONS, Race, Sex or Beliefs.

He ABOLISHED all BARRIERS and Simply Operated in LOVE.

( THIS MY FRIENDS IS THE GOSPEL, THE GOOD NEWS. GOD HAS ABOLISHED ALL BARRIERS. But MAN keeps Making up New ones? ) 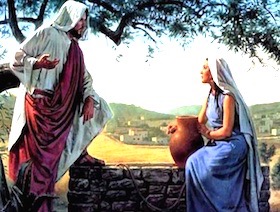