FALSE STATEMENTS on FAITH/  or LAW vs FAITH

This is a Mind of Christ Lesson.  If you read something and you just read Right over it, while
Rehearsing it like a Pariot,  you are a Robot. The Mind of Christ Questions Everything.

Heb 11:6  But without faith it is impossible to please him: for he that cometh to God must believe that
he is, and that he is a rewarder of them that diligently seek him.

There are Examples given in Hebrews that reveal more about Why Israel was Not Living by FAITH
since, this List of those who Lived by FAITH  is a FALSE Flag.  FAKE NEWS LIST.

It is a Witches Brew -  meaning a mixed up sick list of those who Lived by FAITH, and some who
HAD NO FAITH.

There is no WAY to LIVE by FAITH when you have no IDEA what FAITH is NOT !!

When you are Brain Washed into thinking Moses is an Example of anything other then WHAT NOT
TO DO, you have Lost  all Perception of  what was Going on.
The LAW is the EXACT  OPPOSITE  of FAITH.

Moses' name means Law Giver.  Moses Disobeyed God. Moses was Forbidden to go into the Promised
Land,  along with all those who HAD NO FAITH.  They all Died in the Wilderness due to them
HAVING NO FAITH.

Only Caleb, and Joshua  were allowed  to Live while Waiting to get out of the Wilderness.
2  People   had FAITH.    They are the  Ones who should be Listed in the HALL of FAME of FAITH.

They are the EXAMPLES OF FAITH in Action. To Name Moses is an INSULT  to those who were
LIVING BY FAITH/ Caleb and Joshua. So the Writer of Hebrews  is actually INSULTING  those
who are the REAL FATHERS OF FAITH.

This is a Mind of Christ Lesson.  If you read something that is Full of HOLES and Utter Nonsense,
and you just read Right over it, while Rehearsing it like a Robot,  you are BRAIN DEAD.
Blinded by the Law.

Jesus Came to get Back what was LOST/   LIVING BY FAITH  is what was LOST.  All  ISRAEL
was Living under the LAW  and they had NO FAITH  due to their LACK OF KNOWLEDGE of
the  difference  between  FAITH vs LAW.
They  Could Not GRASP that MOSES   never, ever had any FAITH.

LAW WAS WEAK and UNPROFITABLE 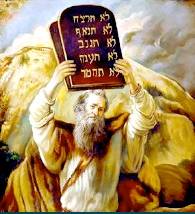 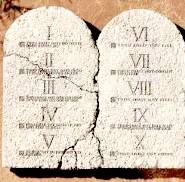 Now we have the Writer of Hebrews trying  to ascribe  FAITH to a person who Lived by LAW/
This is where  ISRAEL is today/    THEY HAVE NO FAITH/    they are still Living by LAW.
Don’t try to say that Israel is the apple of Gods eye/  when WITHOUT FAITH it is IMPOSSIBLE
TO PLEASE GOD/

Heb 11:6  But without faith it is impossible to please him: for he that cometh to God must believe that
he is, and that he is a rewarder of them that diligently seek him.

Paul states  Rom 3: 28 Therefore we conclude that a man is justified by faith without the deeds of the law.

FAITH is the OPPOSITE of LAW/  works.  The LAW WAS A CURSE/    Is God in the Curse Business ?

So the Bottom Line is the LAW was still Operating  on the Minds of those who were writing the
New Testament.

They Never, Ever Understood what the Law was ( False Religious Doctrine)
They could not come to Grips with the Fact that they had believed a Whopping LIE at Sinai.

Isa 28:18  And your covenant with death shall be disannulled, and your agreement with hell shall not stand; when the overflowing scourge shall pass through, then ye shall be trodden down by it.

Hebrews 7:18   The former regulation ( the law ) is set aside because it was weak and useless

Hebrews 8:13  In speaking of a new covenant, he makes the first one obsolete ( the Law ). And what is becoming obsolete and growing old is ready to vanish away.

Ephesians 2:15 by abolishing the law of commandments expressed in ordinances, that he might create
in himself one new man in place of the two, so making peace,

So until the JEWS  GRASP  that Moses Had NO FAITH   and without FAITH it is IMPOSSIBLE to
PLEASE GOD,   How can they ever Come to Live by FAITH in JESUS ?

THE LAW was Not of FAITH LINK 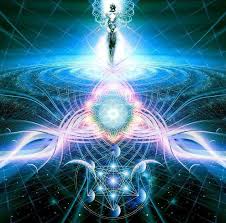