What is the Letter of the Law? It is Do’s and Don’ts set in Stone. Meaning trying to Work your way to God by Obeying CARNAL LAWS/ RELIGION/ CARNAL THINKING, which is all MIND CONTROL.

LETTER OF THE LAW

2Cr 3:6 Who also hath made us able ministers of the new testament; not of the letter, but of the spirit: for the letter killeth, but the spirit giveth life.

Rom 7:6 But now we are delivered from the law, that being dead wherein we were held; that we should serve in newness of spirit, and not [in] the oldness of the letter.

What Paul himself is saying here is that the Written Law Killeth, it was a covenant of death. But the Spoken Word Produces Life. That is what they were Teaching, the SPOKEN WORDS of JESUS.

Yes when you start using the Bible like the Law, beating people over the head with it, it has Lost all meaning. It becomes CARNAL. It is not being communicated in LOVE.

We are in the Same Place everyone was 2,000 years ago, MIND CONTROL by the letter of the Law thinking.

The Carnal Mind is using it to Keep you in BONDAGE to Words set in Stone.

There is NO MIND of CHRIST operating, since HIS MIND Produces the SPOKEN WORD, Written on the Epistle of the Heart by the Holy Spirit.

You have to SUBMIT your mind unto the Lord, and Seek to get his MIND, or your Carnal Mind is going to destroy you.

That is what PENTECOST is about, GOD giving us a NEW MIND.

REPENT from using your Carnal Mind, get a NEW MIND, stop using your OLD MIND and MOVE UP TO HIS. It is your BIRTH RIGHT!

THE INCORRUTIBLE SEED is the SPOKEN WORD that liveth and abideth forever.

The written word will pass away. Only the SPOKEN WORD will Last Forever.

REPENT of using your CARNAL MIND.

In other Words the written Word is a Copy of something SPOKEN, the Original. The written word was never intended to replace the ORIGINAL SPOKEN WORD of FAITH.

It is the SPOKEN WORD, or the INCORRUPTIBLE SEED, that keeps on Evolving and becoming Flesh.

The Holy Spirit who Lives on the inside of you is Desiring to Write NEW EPISTLES on your Heart, so that you can WALK in LOVE, not brow beat others with Words set in Stone. There is NO LOVE in Condemning others with the Written Word - THAT IS CARNAL MINDED - MIND CONTROL.

JOURNEY of the INCORRUPTIBLE SEED LINK

The WORD becomes WORTHLESS if it isn’t PRODUCING LOVE. If you're Dragging the Word of God down to a level of Accusing and condemning others, then you have become the ACCUSER of the BRETHREN. 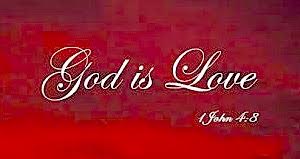