THE REAL ISSUE on IMMIGRATION 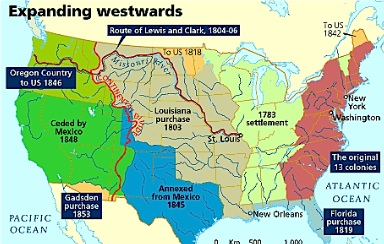 Today the USA has massive issues concerning those living in Mexico trying to come into our country. There are all kinds of plans on
trying to find away to deal with these issues.

And the REAL ISSUE is only going to get worse as long as it is not addressed.

WHAT IS THE MAIN ISSUE? Glad you asked. WHAT IS GOING TO BE DONE ABOUT the GOVERNMENT IN MEXICO?

That is the reason people are trying to come here. Mexico is a mess, the government is not able to run the country in a way that gives
the people a way of life that helps them have a LIFE.

Why can't these people get together and do what the people in EGYPT did and DEMAND CHANGE and accountability from their own GOVERNMENT?

WHERE ARE THE REAL MEXICANS who where willing to FIGHT to KEEP their COUNTRY as in 1849 when we fought over
Texas and the other territories that belonged to Mexico?

WHY would our government WAIT until MEXICO has a total COLLAPSE into ANARCHY before doing anything???

BUT ANARCHY is inevitable UNLESS our GOVERNMENT WAKES UP and DOES SOMETHING that WILL CHANGE the
COURSE of what is going on in Mexico!

Instead of offering a Band Aid (which is all immigration would be), why can't we HELP them get their nation moving towards
financial prosperity? Why don't we help them create a stable government that will produce growth in that country?

If God can Heal our LAND, then he can HEAL MEXICO/  We Need a Spiritual Awakening in Both our Lands.

We are busy policing the WORLD and telling other nations how to run their own borders, but we can not even help our neighbors
in running theirs?

The USA is off policing the world, while the nation on our border is the one that needs attention.

Mean while WAKE UP and realize immigration isn't going to resolve any of the REAL PROBLEMS that would SAVE MEXICO
from TOTALLY collapsing!

WHAT EVER HAPPENED to the SPIRIT in the Mexican people who FOUGHT the USA in the days when we where taking their land? They had a REAL FIGHTING SPIRIT for their country. 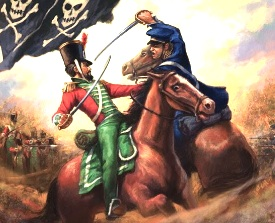 I am really tired of people who want to abandon their own CULTURE, instead of FIGHTING to KEEP IT.

LOOK at the tiny nation of ISRAEL, fighting to keep its land, while we have people on our border unwilling to FIGHT for their own
country, willing to ABANDON their Country for ours, and no one is even shooting missiles at them?

WHAT HAPPENED to the MANIFEST DESTINY IDEA that this nation used to have?

During the presidency of James K Polk, the USA could have just kept on taking territory into Mexico and we could have been a much bigger nation (1849 to 1889).

Many Americans already residing in the desired land had expected the United States to annex the territories. In addition, most citizens believed in Manifest Destiny and claimed that it was the United States' right and will of God to annex all territories
on the North American continent.

WOW, GOD'S WILL for the USA to take the whole continent! What a Vision.

STUDY the LINKS BELOW and learn what Manifest Destiny was about.

IS THIS GOD'S PLAN, for us all to be ONE?

What would Canada do if we all wanted to MOVE TO CANADA (we did that once)?

If all those living in Mexico want to live in the USA why doesn't the USA just extend its border to INCLUDE MEXICO
and save everyone the trouble of moving??

The USA could just offer MEXICO ANNEXATION - THEN MANIFEST DESTINY could CONTINUE.

Or just give MEXICO back the territories we TOOK to begin with. You do realize that much of the south western states belonged to
Mexico before we came here and robbed them of their own land. Now they are just moving back. 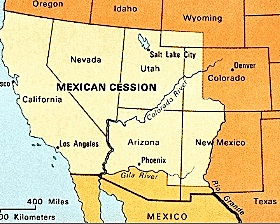 LOVE your NEIGHBORS as yourself is GOD'S WILL.

MANIFEST DESTINY was not just a political view on how to EXPAND the territories of the USA, this expansion had a 2 fold concept that seems to be lost in most HISTORY lessons.

This was about the preaching of the GOSPEL, or the Great Commission. GO INTO ALL THE WORLD and PREACH THE GOSPEL.

This was what the Church thought was their destiny: to EXPAND the USA and make converts of those living in the New Territories.

The Church of today has LOST all CONCEPT of doing this. MANIFEST DESTINY has now gone FULL CIRCLE and is coming
back to us in a totally new way.

If the Church will not go into these territories and preach the REAL GOSPEL, then God is bringing them here to us.

So this is still about the SPREADING OF THE GOSPEL. That is what it has ALWAYS been about or the USA is OBSOLETE.

How can anyone act like we are doing something special by offering the Mexican people immigration, when we stole their Land,
just like we did the Indians?

This is the BIG PROBLEM: no one is teaching anyone the REAL USA HISTORY. 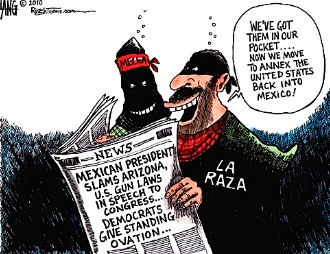