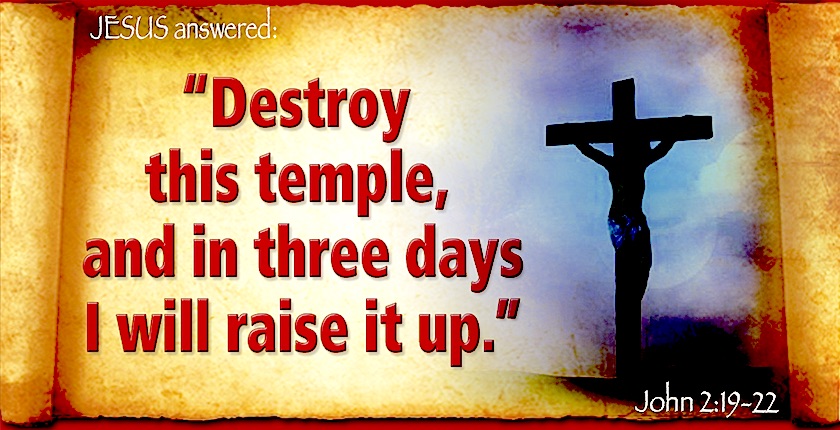 JESUS is the TEMPLE

John 2:19
Jesus answered and said unto them, Destroy this temple, and in three days  I will raise it up.

Jesus Spoke to the Fig Tree/  it was  withered away.

Matt 21:20 And when the disciples saw it, they marvelled, saying, How soon is the fig tree
withered away!

Jesus Spoke the Word only and the servant was Healed.

Matt 8:8 The centurion answered and said, Lord, I am not worthy that thou shouldest come under
my roof: but speak the word only, and my servant shall be healed.

While standing at  the Temple  Jesus Prophesied what was going to happen to that Temple.

Matt 24:2 And Jesus said unto them, See ye not all these things? verily I say unto you, There
shall not be left here one stone upon another, that shall not be thrown down.

Jesus Spoke and  the Temple  was  Destroyed and became Rubble. ( 40 years later )

JESUS Words are always Obeyed and come to Pass in due season.

Then He  Prophesied  the  NEXT TEMPLE

John 2:19 Jesus answered and said unto them, Destroy this temple, and in three days  I will raise it up.

The New Temple — the Resurrected Temple — is his BODY.

Once Jesus had Proclaimed this,  there is No way in Earth or in Heaven that another Jewish temple
could ever  be Built that would Upstage  JESUS  as the Temple.

JESUS IS THE NEW TEMPLE/   the LAST  TEMPLE/  there will never be another Jewish temple
on  the temple mount.   Only a Heathen temple, shrine, mosque.

2Th 2:4 Who opposeth and exalteth himself above all that is called God, or that is worshipped; so
that he as God sitteth in the temple of God, shewing himself that he is God.

Jesus Himself  Already Prophesied and Fulfilled his own PROPHECY.

We are  his  Temple/    So right before Jesus Declared he is the Temple, He went into that Temple
and Drove out all the money changers.  This is called the Cleansing of the Temple,
who’s temple we are/

John 2: 16 And said unto them that sold doves, Take these things hence; make not my Father's house an house of merchandise.

So the Lord is cleansing his Temple from those who are not in Covenant Relationship,  just pretenders.
Ananias and Sapphira  are the Examples.

Acts 3:6 Then Peter said, Silver and gold have I none; but such as I have give I thee:
In the name of Jesus Christ of Nazareth rise up and walk. 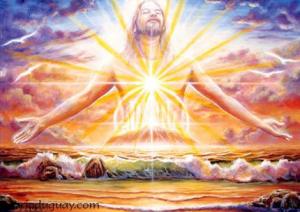