Psalm 75:7 It is God alone who judges; he decides who will rise and who will fall.

God has a Plan in all of this to Lift up his STANDARD for this Nation's Leadership. The State of this Union has lost its Standard and in order to Re Establish a Real Standard, God has allowed the past Leaders to Lower the Standard.

The last State of the Nation can be compared to Israel, when they decided that they wanted a KING like everyone else. During that Time God allowed them to have what they wanted. They were Actually Rejecting GOD as their Leader, looking to man.

1Sa 8:7 And the LORD said unto Samuel, Hearken unto the voice of the people in all that they say unto thee: for they have not rejected thee, but they have rejected me, that I should not reign over them.

1Sa 10:19 And ye have this day rejected your God, who himself saved you out of all your adversities and your tribulations; and ye have said unto him, [Nay], but set a king over us. Now therefore present yourselves before the LORD by your tribes, and by your thousands

Only by the Poor EXAMPLE of SAUL as their Leader could God Reveal to the Nation what a REAL KING was: A Real Leader. Through the Life of DAVID, Saul became a nobody as DAVID'S Life Began to GLORIFY GOD and a New Standard began to Unfold.

When you are not willing to Take on the REAL ENEMY, who can only be Defeated with God's Armour, then you will Lose the Ability to be a LEADER. When you are Not Standing with the People to Secure a more Perfect Union on their Behalf, you are not a Leader.

God is at work in our Nation, bringing in those who are Willing to STAND up for WE the PEOPLE. Little by little he is weeding out those who are seeking their own. God is EXPOSING the men and women who are only interested in promoting their agenda.

The SPIRIT of our Fore Fathers will RETURN when God has a GROUP of LEADERS willing to come together and ACT on behalf of We the PEOPLE. The STATE of this UNION is under attack and God can only MOVE through those who are willing to be SERVANT HEARTED PEOPLE.

The State of the Church is being JUDGED and there is NO LEADERSHIP at all. Everyone is seeking his own, building his KINGDOM, not GOD'S. The STATE of BOTH the NATION and the CHURCH is Rotten to the core. They are Both being Rebuilt and NEW LEADERSHIP is going to be Established in God's Timing. 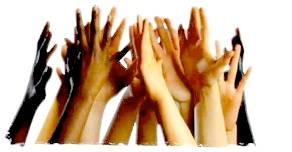 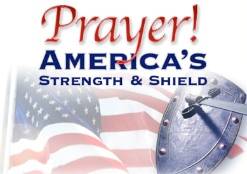 As WE the PEOPLE do what we were told and PRAY for our Leaders, then God will Unite their hearts and His SPIRIT will be able to Move among them and give them GODLY WISDOM on how to get his Nation back on Track.

As we EXPOSE the LIES of the devil (The MEDIA) by Praying from our Heavenly Place in Christ JESUS, then the enemy will be AMBUSHED and he will Be EXPOSED Ahead of time. His plans to destroy this Nation will be Canceled and We will be REBORN as a NATION as God begins to LIFT UP HIS STANDARD.

We the People are to be HOLDING UP our LEADERS' HANDS. Praying Heaven Down on the Nation's Capitol, Praying down the Mind of Christ, so they can See CLEARLY through the Deception that Abounds there. How can they do things Right, when the enemy is constantly Blinding them and bringing in his agenda. It is the CHURCH'S RESPONSIBILITY to MAKE SURE our Leaders are Getting Help from Heaven. Stop slandering our Leadership and PRAY for the SPIRIT of our FORE FATHERS to FALL upon those who God has Chosen, so they will have the MIND of CHRIST.

2Ch 7:14 If my people, which are called by my name, shall humble themselves, and pray, and seek my face, and turn from their wicked ways; then will I hear from heaven, and will forgive their sin, and will heal their land.

1Ti 2:1 I exhort therefore, that, first of all, supplications, prayers, intercessions, [and] giving of thanks, be made for all men;

1Ti 2:2 For kings, and [for] all that are in authority; that we may lead a quiet and peaceable life in all godliness and honesty.

Psalm 75:7 It is God alone who judges; he decides who will rise and who will fall. 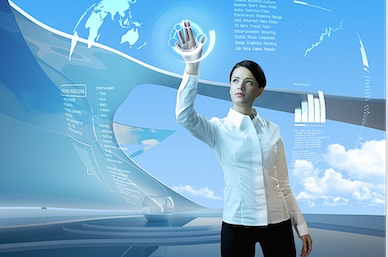 The Prophetic Phone Ministry continues to explode, and those who are calling in have very desperate needs. The Holy Spirit has been Faithful to show up with his Mind and speak a Prophetic Word into their lives.

We are planning to Publish the mysteries that God has given. Please be praying about this process. Pray for direction through all stages so that it will all unfold properly. Pray for our Webmaster as he is working on this project.

We also get many urgent requests from around the world and we Post them daily, so if you have know Ministry of your own, we are all called to Pray. Pray for those needs. They are all counting on your Support. Please keep our Country and our Leaders in Prayer, so God can Heal our Land as he Promised. Pray for the Mind Control Media to be EXPOSED along with the Lies and Fake News going out over the air ways.

Many Prayer Praise Reports on people getting WISDOM for their own life. Biggest Response over February was people needing direction for all areas of their life. Many calling in with confusion as to what God is doing and needing help to get their Mind back on the things of the Spirit. They need deliverance from mind blinding spirits. Just reminding others that they have the MIND of CHRIST helps them take authority over the confusion and lies of the devil, that their carnal mind is feeding them.

When the religious leaders Accused Jesus of having a Devil or Demon, he did not respond NICELY. Some even said he was Mad.

John 8:48
Then answered the Jews, and said unto him, Say we not well that thou art a Samaritan, and hast a devil?

John 8: 49
Jesus answered, I have not a devil; but I honour my Father, and ye do dishonour me.

So you did not want to get in a War of Words or Accusations with Jesus. He turned the conversation around and Pointed it back on those Accusing him.

John 8:44
Ye are of your father the devil, and the lusts of your father ye will do. He was a murderer from the beginning, and abode not in the truth, because there is no truth in him. When he speaketh a lie, he speaketh of his own: for he is a liar, and the father of it.

So here is a very interesting Strategy

If you are being Accused by Liers who are calling you a devil, saying you're confused, or Mad, etc then the Strategy is to Point the Figure Back at your Accusers.

Accuse them to the Same Extent that they are accusing you. Just Point the Figure Back to them. You do not need to say anything in your own defense other then NO I DON'T have a devil, but you are Dishonoring me.

When someone is Dishonoring you, they are defaming your Character as a Person, so you do not take this Lightly, you Accuse them back with whatever the Holy Spirit gives you.

See the Accuser is the DEVIL, who is accusing you, the SON OF GOD. He is Dishonoring the SON OF GOD, who you got Born Again to be.

So this is all ABOUT HONOR. You do not allow dishonor to continue.

JESUS Confronted it and Dealt with it Straight on. Read John Chapter 8

Psa 105:15 Saying, Touch not mine anointed, and do my prophets no harm.