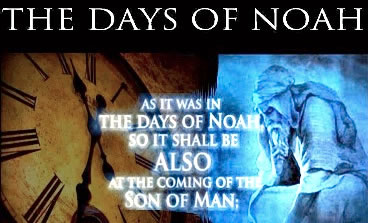 We are now at the Same Point in time that this Planet was at, when God sent the FLOOD/ and when he Rained down Destruction on Sodom and Gomorrah.

What we are witnessing in the middle East is the OFF SPRING of the Nephilim the Alien infected descendants of Ismael, Fighting against those who are not completely infected with alien DNA/ (which makes humans WICKED for no real reason/ ) Gen 6

The Word used in Genesis is Wickedness/ That is what is in their BLOOD they know how to behave no other way/ This is their Way/ They will never change/ Their DNA is Programmed to Hate.

That is what brought on the Flood, the wickedness that this Alien DNA produces.

GENESIS 6/ because of the Wickedness of Man/ The HIGH Crime Rate etc. God sent the Flood. 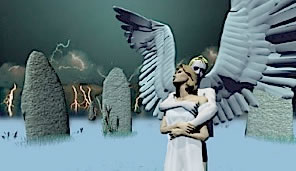 The Nephilim and Rephaim

Gen 6:1 When men began to multiply on the face of the ground, and daughters were born to them,

Gen 6:2 the sons of God saw that the daughters of men were fair; and they took to wife such of them as they chose.

Gen 6:3 Then the LORD said, "My spirit shall not abide in man for ever, for he is flesh, but his days shall be a hundred and twenty years."

Gen 6:4 The Nephilim were on the earth in those days, and also afterward, when the sons of God came in to the daughters of men, and they bore children to them. These were the mighty men that were of old, the men of renown. 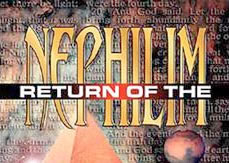 But earlier in the Chapter of Luke 17 JESUS States something very interesting when the Pharisees asked him about When the Kingdom of God would Come?

Jesus states the KINGDOM is WITHIN/ and he go's on to say what will be happening in the Last Days when the Son of Man is revealed.

There is a description here of how things will look when these Days Come again.

The Planet will be Full of Wickedness/ Crime, and Sexual Perversion.

But this Scripture that JESUS uses, speaks of something different. He is talking about something Being REVEALED.

Luk 17:30 Even thus shall it be in the day when the Son of man is revealed.

The SON OF MAN will be Revealed in the MIDST of Wickedness and Perversion.

This is the SECOND WAVE/ the LATTER RAIN, the Coming Pentecost of the Last Days/

What happened in the UPPER ROOM is about to Happen again only on a much BIGGER Scale.

THIS REVEALING he Speaks of, will Take Place from the INSIDE OUT/ From WITHIN.

YOU CAN ONLY MANIFEST outwardly, what is going on WITHIN you/ SPIRITUALLY.

In Other Words you can not take Part in An AWAKENING that has NO ROOT WITHIN you.

In the Midst of Violence and Corruption, an AWAKENING will Take Place, and people all over the Planet will be Be ANOINTED with the MIND OF CHRIST once again.

THE SONS OF MAN will be REVEALED to themselves. You and I WILL AWAKEN to who We are.!!!

THE REVEALING is for OUR SAKE/ not the worlds. We will be Shown his MIND and we will begin to Live as he did, in his Last Days/

He was HIDDEN from and Escaped those attempting to harm him, as we will, with his MIND.

Jhn 7:30 Then they sought to take him: but no man laid hands on him, because his hour was not yet come.

Jhn 10:39 Therefore they sought again to take him: but he escaped out of their hand, 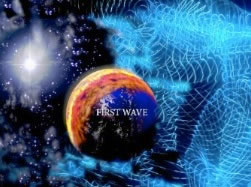 ACTS Chapter 2, FIRST Wave/ Remember that there was a GREAT NOISE from Heaven/

A SHOCK WAVE HIT the UPPER ROOM, but everyone in Jerusalem heard this SOUND from the SKY.

This was a TRANSMISSION from Out Side of TIME, coming into TIME/ that BROKE our Sound Barrier as it came into this Dimension/

This also Happened again in Acts 4:31 while having a Prayer Meeting.

Act 4:31 And when they had prayed, the place was shaken where they were assembled together; and they were all filled with the Holy Ghost, and they spake the word of God with boldness.

I believe that if this was to Happen again today/ it would Actually Shut Down the Planets Electrical Grid, Globally/ Just Whip it Out. We have NO IDEA how POWERFUL this Event was, since they had No Electricity 2,000 years ago.

But what will Happen when this SECOND WAVE hits this Planet ? People will think its Dooms Day, since it will make Life as we know it OBSOLETE.!!!

We are Now Headed for SECOND WAVE/ It is on its Way/ and Could occur at any TIME.

Many People sense that this Event is Coming, and they are seeking to come together and Await this AWAKENING/ The MOMENT some are calling it/ A New Consciousness/

YOU CAN ONLY MANIFEST outwardly, what is going on WITHIN you/ SPIRITUALLY.

So you can go to all the Gatherings you can FIND, but until you are Transformed from the INSIDE OUT/ it is not going to PRODUCE any FRUIT in your Life.

We are not Looking for the Next President, or the Anti Christ, or anything earthly/ We are WAITING for our OWN TRANSFORMATION to Occur WITHIN/ that will REVEAL the SON OF MAN WITHIN YOU WITHIN ME. 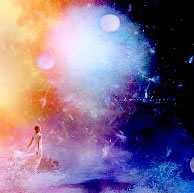 Are you READY to be SWEPT UP or CAUGHT AWAY in the SPIRIT of your MIND?

IN THE TWINKLING of an EYE we shall be TRANSFORMED/

THEN HE WILL BE REVEALED TO US FROM WITH IN US.

Make known, Uncover, make Manifest, to Escape Notice, to Conceal, to allow ones self to be seen or appear. To see with his Mind. To show myself.

REVEALED mean the same as HIS APPEARING. 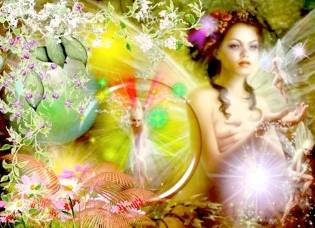 Hi Dear Prayer Partners. Thank you for your Prayer support for this Ministry
This Ministry is dedicated to going where No Man has gone before/ Into the Deep
Mysteries that have been Hidden/ God has Told us that we are STEWARDS of his MYSTERIES/
Please Pray for this process and all that it takes to do a New Video Mystery.

There is Awakening beginning in the Spirit, drawing people together to Agree that
God is bringing in a New Perception of Reality in these last day/
If any of you want to meet up in Hot Springs Ark. on October 20th for an Event called
the MOMENT, contact me, and let me know your coming and we will get together and
attend this wonder event.

Please Hold up the needs of those on the Prayer Page/ daily/ We get many urgent
requests from around the world/ and we Post them daily/ so if you have no Ministry of your
own, we are all Called to Pray/ Pray for those needs/ They are all counting on your Support,
as we are. Pray for his Direction in 2012/ 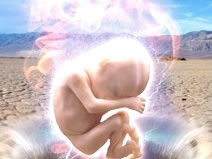 My Daughter Morning-Star just ANNOUNCED to me that she is going to have a Baby, and I am going to become a Grandmother/ She Announced this to me on my Birthday They have been married for 4 years this Sept.

She Said MOMMY. MOMMY, MOMMY / The Holy Spirit was announcing this to me ahead of time. I wrote down my thoughts on what this might mean/ Baby Coming?

Then my Daughter STAR just appeared at my house / and I thought she had Moved from New York to San Diego.?( we will see ?)

Then I had another dream about a Baby coming and I was trying to help deliver the Baby. In the Dream I gave it an egg yoke and later 13 egg yokes? ( this may mean she will have the baby about 14 Days from Easter? ) It is Due April 15th

The Baby looked Perfect and Beautiful, I touched its cheek and its skin was so perfect.

I also had another Dream where I saw all PINK/ so it will be a Girl.