Radical Revolution in his Body

The Word of God is a Progressive Revelation. It is constantly unfolding and revealing more, and more of Jesus as we continue to Feed on the Word, and walk in the Spirit. It is not something you take a teaching from and then attempt to camp out there for 40 years, thinking this is it. It is not set in Stone.!

We have to always be ready to Break Camp and move on up to the next Level.The teaching of the Word that we have today has been up to this point in time, BABY FOOD.

The Lord has given us some ABC'S But the Body of Christ is still in Diapers.

The Lord wants to Bring us to the next Level. He wants to give us REVELATION, but this Revelation is going to bring a REVOLUTION.

The REVELATION is the WORD. He is going to Open our Understanding in his WORD, and it will make our present Pet Doctrines Obsolete.

Its like we have only been learning our ABC's, Now its time to Learn how to Read Real Words. 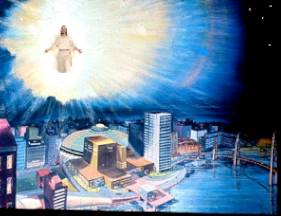 This Warfare is going to separate the sheep from the goats.  Revelation draws out the Real Seekers. Exposing those who are not.

Its for the True Son's of God, who have reached ' Son Ship. Those who FEED on his WORD are Partaking of Him, and the divine nature.

We Are Bone of his Bone, Flesh of his FLESH.

The next coming is the AWAKENING of the SON"S of GOD, to the REVELATION that they are the SEED OF PROMISE.

Jesus and his WORD are ONE.

As we FEED on the WORD his Life is Imparted unto us, and we become Engrafted into the Same SEED.

That is the Seed that is Coming again,
Terry Mosley
2006 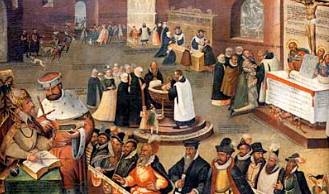 There was a whole different MOVEMENT going on at the same time of the Great Reformation of 1523. But lets get the History right. This Reformation brought a Revolution that No one was Ready for. It left a VOID in the lives of people, and they did not want to hear this New Message. As it is with any New Move of the Spirit.

There was another MOVEMENT called the RADICAL REFORMATION, during 1600 that was started by others who didn't want to be apart of either side.

They didn't want another Religion, they just wanted Unity. They wanted to live outside the Box. But over a Period of time even that MOVEMENT turned into another Religion called the Unitarians. The Unitarians are a group that is based on the FACT that God is NO RESPECTER OF PERSONS. So you cant have a MOVEMENT THAT leaves out anyone, which the Reformation eventually did and all other Religions always do. Any MOVEMENT of any kind, will end up being another Religion in time..

God wants his people to just Grow up and become the NEW MAN and begin to live like the Sons of God.

He wants his BRIDE to BE THE CHURCH.( not create another Movement )

YOU ARE THE CHURCH AND THE RADICAL REFORMATION IS COMING TO AWAKEN YOU TO GO INTO ALL THE WORLD AND BECOME JESUS. REFORMATION PRODUCES TRANSFORMATION/

The Real Church is DOING the WORD OF GOD. 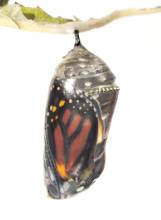 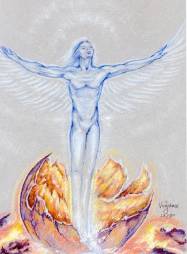