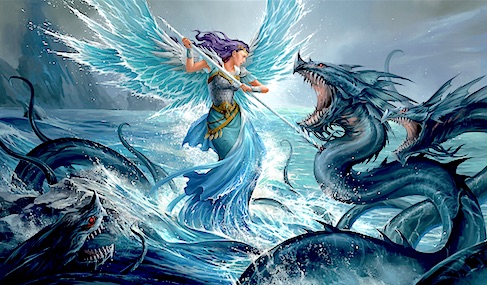 Col 2:15
In this way, he disarmed the spiritual rulers and principalities. He shamed them openly
by his victory over them on the cross.

On the Subject of Spiritual Warfare,   There is a Giant Gap of LACK of KNOWLEDGE.

You Rehearse  the VICTORY,  that is the only way to Get VICTORY.  Jesus already destroyed
the works of the devil  —  all we do is STAND in his FINISHED VICTORY.

The enemy comes against those who do not know how to ENFORCE his VICTORY by using the SWORD of the SPIRIT.

Ephesians chapter 6,   SPOKEN Out Loud.  It is  WRITTEN.  This  becomes a Weapon.
It is the SPOKEN WORD out of your MOUTH that  becomes  the SWORD of the SPIRIT.

SPEAK THE WORD ONLY.    FAITH SPEAKS FORTH VICTORY. FAITH LAYS HOLD on that VICTORY.

YOU Remind the enemy that he was Defeated!  When you think you can pray away the enemy, you are already Defeated,  since the Victory has already been WON, and you're acting like you need a Victory??

So you are now INSULTING JESUS  who already Defeated the enemy you are trying to defeat.  NO FAITH in that.  You have now told the enemy you have ZERO FAITH in JESUS having Destroyed him 2,000 years ago??   Oh ye of little Faith.

You can only Stand in His Armor, in his VICTORY,  by FAITH in    IT IS FINISHED.

SPIRITUAL WARFARE is simply STANDING  in JESUS VICTORY, and reminding the enemy he is Under your feet.
THAT TAKES FAITH in what JESUS already DID.

There is Nothing you can ever do to get a VICTORY,  WE  get HIS  VICTORY by STANDING AND DECREEING  to the enemy that he WAS DEFEATED.  REMINDING him of his DEFEAT.

That means ENFORCING  what JESUS has already Done. REHEARSE HIS VICTORY.

If you don’t know the enemy was Already Defeated,  that is why you are. If you're trying to Pray the enemy away you will stay DEFEATED.

Is  like a SUPERNATURAL  VIDEO  GAME.   It is Programmed for You to Win,  the enemy to Lose,
since the ending has already been PRE SET.  JESUS gave us his VICTORY.  You Stand in his armor,
with his Mind,  and DECREE  that VICTORY,   and you get to  REPLAY  his VICTORY all over again,
again etc etc.

The ENEMY gets DEFEATED  all over again, again and again etc.

As long as you Keep Standing you will OVERCOME this WORLD, its a Done Deal. Or  IT IS FINISHED 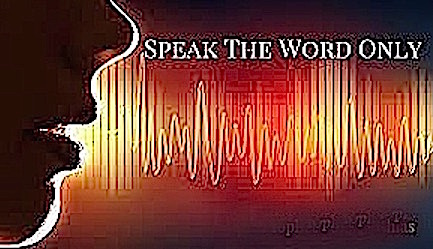