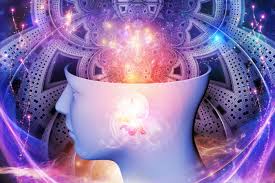 The Battle For Consciousness

Rom 8:2    For the law of the Spirit of life in Christ Jesus hath made me free from the law
of sin and death.   (Dead Consciousness )

The Law of the Spirit of Life is a NEW CONSCIOUSNESS that moved us out of the Bondage of Religion and dead works of Living Carnally ( the letter of the law, religion )

To be Carnally Minded is death, or having a Dead Consciousness. ( enmity against God )

One must be led by the Spirit of Life in order to arise from the dead, carnal mind thinking of this dead world.

You must receive the MIND of CHRIST by putting on Christ and allowing him to dwell within you and through you.This is a daily struggle to wake up and remember who you are, and Who's you are.

WE ARE NOT OF THIS WORLD.

This World is on its way to HELL.  You are to be Moving in the Opposite direction.  Arise from the dead and put on Christ.

This is REAL CONSCIOUSNESS,  a Real Awakening.  Being one with his Mind and his Body.

Having his Spirit dwelling in us, Abiding with us. We are all coming together in him.

He is our HOME. His Appearing is within, as we each Grow up and Consciously become the SON of GOD.

Jesus has become me, I have surrendered to him.  He has made his Abode with me.

We have become one. This is where our Consciousness takes us as we allow the Spirit of Life to Enlarge us to receive all of him.
We are merging together as one,and we are Transformed into a Supernatural way of Life that lifts us up and moves us Far beyond the ways of this Fallen World.

We have OVER COME this WORLD  with his MIND.

We have become Partakers of Christ, and we have the MIND of CHRIST. PUT on CHRIST, and make no provision for the  flesh ( carnal mind thinking )

Hbr 3:14    For we are made partakers of Christ, if we hold the beginning of our confidence stedfast unto the end;

Gal 3:27    For as many of you as have been baptized into Christ have put on Christ.

Rom 13:14 But put ye on the Lord Jesus Christ, and make not provision for the flesh, to [fulfil] the lusts [thereof].

THE BORN of the SPIRIT MOMENT

Romans 12:2 And be not conformed to this world: but be ye transformed by the renewing
of your mind, that ye may prove what is that good, and acceptable, and perfect, will of God.

Matt 17:2 And was transfigured before them: and his face did shine as the sun, and his raiment was white as the light.

Here in is our Fight. The battle that is ragging is the battle for Higher Consciousness.

The way of the World is  Carnal, it all leads to death.  All attempts to change this present world are Carnal.  Transformation comes from the Spirit, not the flesh.

You can not change things by using a Carnal mind approach. Meaning your Carnal Mind can not become Transformed or come up with a New Consciousness on its own?

( This is called Self Deception )

All Religions are Carnal, and practicing them is Carnally Minded and death.

The Great Delusion coming on the Whole World is a Counterfeit Consciousness.  A FAKE  or FALSE  oneness that has no LIFE in it.

It is a Lie  from the Pit. Orchestrated by the enemy of your Soul to keep the human race in Bondage to its Carnal Mind.

This Delusion brings the World Backwards 2,000 years and Re Enstate's the Law that JESUS set us FREE from. Human CONSCIOUSNESS  is not moving Forward, it is going Backwards.

Man himself is bringing himself Downward. Man Loves Religious Bondage, he feels good there.

Moving in the Spirit is the Unknown and man wants to be in charge. He refuses to Surrender to the LIFE GIVING  SPIRIT  so he can Evolve.

So there will be No Transformation of Consciousness for the masses. They want Religion above LIFE.  ( their Carnal Mind will lead them all to Hell )

2Th 2:11
And for this cause God shall send them strong delusion, that they should believe a lie: 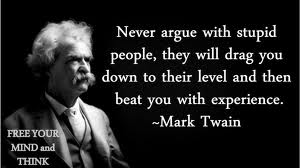