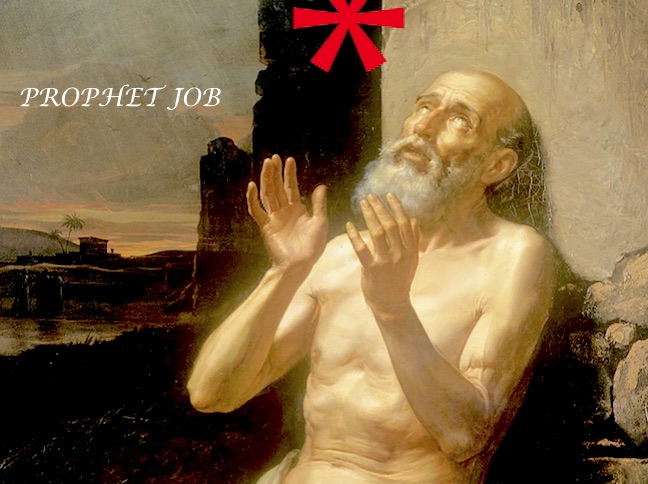 JOB PROPHESIED JESUS and his Own Resurrection

Job is the Oldest Book in the Bible. Scholars could barely translate it since the language
was so old, some of the words only appear in this Text, so the translators had no
reference for these old words. The Word Daysman is only used Once in the whole bible,
in Job.

Job is TRAVAILING in his Suffering  that God needs to send Man a Mediator who can Intercede
between both man and God.

Job 9:32 - 33
For he is not a man, as I am, that I should answer him, and we should come together in judgment.
Neither is there any daysman betwixt us, that might lay his hand upon us both.

Job 33:23-24
If there be for him an angel, a mediator, one of the thousand, to declare to man what is right for him,
and he is merciful to him, and says, ‘Deliver him from going down into the pit; I have found a ransom;

After much of pouring out his Complaint before God,  Job is given a Prophetic Vision and he
Prophecies this.

Job 19 :25 For I know that my redeemer liveth, and that he shall stand at the latter day upon the earth:
Job 19 :26 And though after my skin worms destroy this body, yet in my flesh shall I see God:
Job 19: 27 Whom I shall see for myself, and mine eyes shall behold, and not another; though my
reins be consumed within me.

Job 16:19 Even now, behold, my witness is in heaven, and he who testifies for me is on high.

Matt 27: 51 And, behold, the veil of the temple was rent in twain from the top to the bottom;
and the earth did quake, and the rocks rent;
Matt 27: 52 And the graves were opened; and many bodies of the saints which slept arose,
Matt 27: 53 And came out of the graves after his resurrection, and went into the holy city,
and appeared unto many.

Job saw the Travail of his Soul.

Isa 53: 11 He shall see of the travail of his soul, and shall be satisfied: by his knowledge shall my
righteous servant justify many; for he shall bear their iniquities.

God was grooming JOB to be a Priest himself so he could Pray for others and be able to have
compassion on them, since  he had suffered. The Book of Job is God grooming someone for
their Ministry.  You cannot Minister in something you haven’t gone through and OVERCOME.

Hebrews 5:8 Though he were a Son, yet learned he obedience by the things which he suffered;

GOD HIMSELF LEARNED through his own Suffering.

God HUMBLED himself unto Death

Phl 2:8 And being found in fashion as a man, he humbled himself, and became obedient unto death,
even the death of the cross.

Hebrews 12 :2
Looking unto Jesus the author and finisher of our faith; who for the joy that was set before him
endured the cross, despising the shame, and is set down at the right hand of the throne of God. 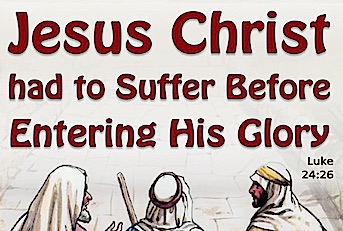