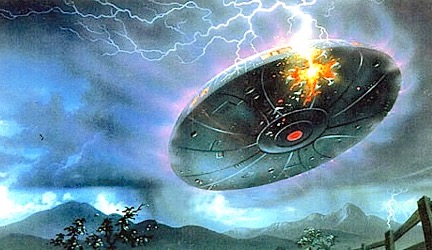 How art thou fallen from heaven, O Lucifer, son of the morning! how art
thou cut down to the ground, which didst weaken the nations!

Here in this chapter is a Remarkable Episode that has a Much DEEPER meaning and deliverance going on between the lines.
( Multi Dimensional Healing )

This is a Perfect EXAMPLE of why you study the meaning of Words. It changes everything.

This Event Starts with the Act of some ANGEL who has some how effected these waters, so that when someone goes into the pool, if they are sick, they come out HEALED.

The PROBLEM here is that the WORD ANGEL, is referring to a Fallen Angel and the rest of the Words are Confirming this.

strongs Angel
32 , 34 nt
a messenger, envoy, one who is sent, an angel, a messenger from God
herd or oxen or cattle, a herd or company
to lead by laying hold of, and this way to bring to the point of destination: of an animal

Fallen Angels are referred to in the Hebrew as cattle. God downgraded these Angels in Gen 3:14, 15 to a species lower then cattle, it is a long intense study.

The next Word that is a Real Problem in this passage is TROUBLED/ Here is a word that means this Fallen Angel did something really Weird to this water and it wasn’t GOOD. Which also tells us what kind of an Angel this was.

1. to agitate, trouble (a thing, by the movement of its parts to and fro)

1. to cause one inward commotion, take away his calmness of mind, disturb his equanimity

1. to strike one's spirit with fear and dread

2. to render anxious or distressed

3. to perplex the mind of one by suggesting scruples or doubts

DOES this sound Like the Kind of HEALING you want? So this is an Example of how Fallen Angels can HEAL, and it comes with a PRICE. You end up Troubled in Spirit, Soul, and Body, and your MIND becomes afflicted with DOUBT.

to go down, come down, descend
the place from which one has come down from
of celestial beings coming down to earth
to come down
to be cast down
to come, fall down
from the upper regions of the air
metaph.to go, be cast down to the lowest state of wretchedness and shame.

These Words also bear out the meaning of this being a fallen celestial being who was cast down from the upper regions.

SO Here we see the MERCY and GRACE of GOD as JESUS himself steps in to Prevent this Man from stepping down into Self destruction.

The Man is talking about how when he starts to STEP DOWN, someone gets in front of him.

Means to TRAMPLE or CRUSH with the FEET.
to advance successfully the persecutions satan would fain to advance the Gospel
to make ones way/ progress, to make use of opportunities
to live, regulate ones life
to tread under foot, trample on, i.e. to treat with insult and contempt:

This is what JESUS is doing here. He is getting the enemy under this man's feet. He is insulting satan by getting this man to carry his bed on the Sabbath. ( while delivering him from stepping DOWN )

So this is a DOUBLE PORTION INSULT to the enemy. JESUS Healing on the Sabbath.

JESUS is at work on the Sabbath Destroying the works of the devil, and the JEWS are Persecuting him for Healing someone on this day. This is the MIND CONTROL that the LAW had on people.

They had KNOW COMMON SENSE. They Had GOD in a Box, and the LAW was more important then people.

THIS IS BONDAGE and this is what JESUS was Trampling under foot and just INSULTING the enemy every chance he had. 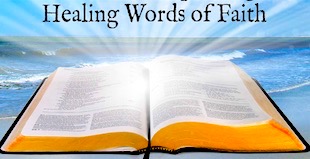 PSALM 107:20
He sent his word, and healed them, and delivered them from their destructions.

PROVERBS 4: 20,21,22
My son, give attention to my words, Incline your ear to my sayings.
Do not let them depart from your sight; Keep them in the midst of your heart.
For they are life to those who find them And health to all their body.

God has already Stated that his WORD is Healing to all our Flesh.

Heb 1:4
Being made so much better than the angels, as he hath by inheritance obtained a more excellent name than they.

2 Cor 11:14
And no marvel; for Satan himself is transformed into an angel of light.

1 Cor 6:3
Know ye not that we shall judge angels? how much more things that pertain to this life?