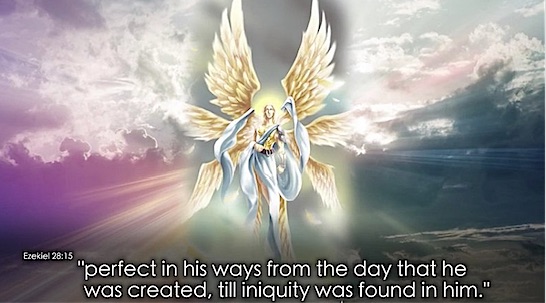 UP DATE  on  LEFT THEIR FIRST ESTATE

Gen 6:4 The Nephilim ( fallen angels ) were on the earth in those days, and also afterward, when the sons of God ( false gods ) came in to the daughters of men, and they bore children to them. These were the mighty men that were of old, the men of renown. ( fallen angels )

READ the First Message FIRST/ ( link at the bottom )

Had a Word from the Lord Stating  that anyone altering their own Gender  has LEFT
their FIRST ESTATE   and has DOWNGRADED  their own Life, just as the Fallen Angels did.

THIS IS HIGH TREASON.    You have Committed HIGH TREASON  and have put yourself
in the Same category as the Fallen Angels.

So now God has to JUDGE you for Committing TREASON,  just as he JUDGED the FALLEN ANGELS.

HIGH TREASON  is you thinking you are God, and have any rights to change anything?

SELF DECEPTION of the HIGHEST ORDER.  You trying to be something GOD did not ORDAIN you to be.

So you are now in PRISON in chains of Darkness  Waiting to be JUDGED/  But you can REPENT.

2 Peter 2:4
For if God spared not the angels that sinned, but cast them down to hell, and delivered them into chains of darkness, to be reserved unto judgment;

Jude 1:6
And the angels which kept not their first estate, but left their own habitation, he hath reserved in everlasting chains under darkness unto the judgment of the great day.

The Fallen Angels downgrading themselves to PURSUE CARNALITY. This was called Left their First Estate or Habitation.

REMEMBER the WORD of GOD is Multi-Dimensional. It is Not UNFOLDING in Linear TIME (meaning these events are not happening in Linear time, they are happening multi-dimensionally).

This is the GOSPEL for UNHOLY, SEXUAL ISSUES of our TIME.

Study the word fornication that Jesus speaks of in  Matt 19:9  nt 4202 strongs /
This is JESUS stating what is UNHOLY sexually.

Fornication with anyone  outside HOLY MATRIMONY is IDOLITRY.

If you think same sex marriage is HOLY/ then you have sealed your own doom with the Fallen Angels. You are self deceived, and have downgraded yourself to be
JUDGED as they will be JUDGED, DOOMED.

Will you be a military conquest for the enemy, by leaving your First Estate ? Will you allow yourself to be Down graded and put in chains, reserved for the Fallen Angels to everlasting Destruction?

1 Cor 6:9  Know you not that the unrighteous shall not inherit the kingdom of God? Be not deceived: neither fornicators, nor idolaters, nor adulterers, nor effeminate, nor abusers of themselves with mankind,Those who indulge in sexual sin, or who worship idols, or commit adultery, or are male prostitutes, or practice homosexuality,

1 Cor 6:10 Nor thieves, nor covetous, nor drunkards, nor revilers, nor extortioners, shall inherit the kingdom of God.  (  The Next Reality )

Mystery of the ages by the HOLY SPIRIT. He is the one Revealing the Mysteries. 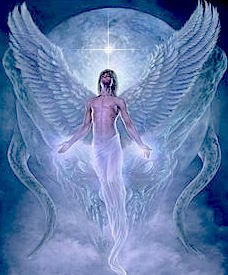