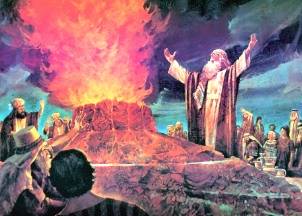 WHAT is a PROPHET

The calling of a Prophet is a very Hard one to receive, To actually be Anointed by the Lord to speak forth what he reveals is even harder to do, in his timing. The Lord may reveal many, many things ahead of time, But few will be able to hear it.

Most Prophets we read about in God's Word have been very, very unpopular and have had very difficult lives trying to find a balance between needing to speak, and wanting to speak.

The need to speak is like a Fire within
Jeremiah 20:9.

Then I said, I will not make mention of him, nor speak any more in his name. But his word was in mine heart as a burning fire shut up in my bones, and I was weary with forbearing, and I could not stay.

But letting it out to a people who don't even hear, or even study the Word, What is the Point?

A Prophet is a Person set apart ( man or women) who's only concern is being accountable to the Lord. This Prophet will speak when he or she is told and not be expecting any response or Praise. If there is a negative response this usually means The Word was right on Target.

But today we have a group of Self Proclaimed Prophets, most of which have mistaken the Word of Knowledge for the Prophetic. We can all receive a Word of Knowledge or Wisdom from the Lord, but the calling of a Prophet is Largely for getting others ready for a Breakthrough in the Spirit. Pointing us to where we are ACCORDING TO THE WORD

Prophesying over others on a personnel level is not the Gift of a Prophet of God. This has nothing to do with the Prophetic.

We all have the ability to Prophecy over our own lives, and can do so by FAITH, ( 1 Corinthians 12: 7 } ( Ephen 4:14 ) and we all have the same Holy Spirit, so why would you go to someone else to find out what the Lord is doing in your own Life.? That is like saying , I don't believe that the Lord will speak to me and I don't have a relationship with him, so I have to go ask someone else what he wants to say to me? That is like asking someone else what your Husband wants to say to you?

A Real Prophet will be told to speak things to the Whole Church, so Far ahead of time, most will not beable to Grasp what is being told. Or it will make others Really Mad, people will call him Crazy. Prophets like this will speak as the HAMMER OF GOD, which comes to Break in pieces the lies and deceptions of the false doctrines presently being taught. To bring deliverance from Bondage's Jeremiah 23: 28-29

People don't' want to hear that they have believed a LIE---- they don't want to No there lives have been in Error most of their life. So Prophets are not popular people. If a person who calls him or herself a Prophet is popular one has to Wonder?

Again this kind of person is usually only operating in the gift of Knowledge and has mistaken it for the Prophetic.

We haven't had a Real Prophet in soooooo long----- We No longer No how to discern one.
But it is coming.

A Real Prophet isn't selling anything!! He hasn't written another Book or CD you need to have, Nor is he or she charging for an Word or meeting they Hold, A real Prophet isn't Creating a New Movement, or Partnership you need to be a part of (if you sign up and donate MONEY.) A REAL PROPHET is exposing Bondage's, and lies of the devil by UP HOLDING the LIVING WORD OF GOD. If he or she does have a meeting, it is to PROMOTE THE WORD OF GOD, not their latest Word.

Most Web Sites of the Self Proclaimed Prophets, Looks like the Court Yard of the Money Changers, THAT JESUS OVER THREW.

They are Promoting their words, NOT HIS WORD!!!!!
They are selling their interpretation of his WORD, Not teaching you or pointing you to FEED ON THE WORD!!!!!!

They are keeping his Church in Diapers Feeding on Baby Food, by allowing you to think there is something more than the WORD of GOD needed. Since they haven't really had a Prophetic Word that Opens your UNDERSTANDING they Falsely Assume God is moving in areas he isn't Moving in at all!!!

GOD is not Creating a NEW MOVEMENT for you to get involved in, he is not Gathering people together to talk about Revival or Reformation. He is not bringing a REVIVAL.

What the Lord is doing, Has not been done before.

There is No model to refer to, No steps to follow from the past.

God is moving Individually on those who seek him, personally to OPEN OUR UNDERSTANDING INTO THE MIND OF CHRIST.
Where is Hidden all the Treasures of Wisdom and Knowledge Colossians 2:3

He is coming to Enlarge our Mind to receive Directly from his MIND.

He is going to bring us out of our Limited, Earthly Vision of the Gospel to a VAST VISION--- BEYOND TIME AND SPACE.

So Stop running after the Words of others, get on your Face before God and seek to Find him Right there with you, ready to grant you access to the Hidden Wisdom in Christ, to be revealed in these last days.
Corinthians 2: 6,7 10
Romans 16:25
I Peter 1:15
Ephesians 3:9-11

The Testimony of Jesus is the FOUNDATION of Prophecy

Old and New Testament includes Men and Women as Prophets.

A Group of Prophets, associated together, Proclaiming their own visions.
They are called Charmers, Wizards.
They are further described in Jereimiah 23: 16 on.

There are also Lying Spirits in the mouths of False Prophets, in the Last Days.

Jesus is not a formula/ He is a Person. People teaching you formula's to get God to do your
will are all CARNALLY MINDED/  Nothing Spiritual about the things these people are
teaching.  If you are dragging God down to your carnal level, instead of moving your Mind
up to Heavenly places, then you are sowing to the grave.

To Be Carnally Minded is Death Link

Hebrews 6
4:For it is impossible for those who were once enlightened, and have tasted of the heavenly gift, and were made partakers of the Holy Ghost,
5: And have tased the good word of God, and the powers of the world to come,
6:If they shall fall away, to renew them again unto repentance: seeing they crucify to themselves the Son of God afresh, and put him to an open shame. 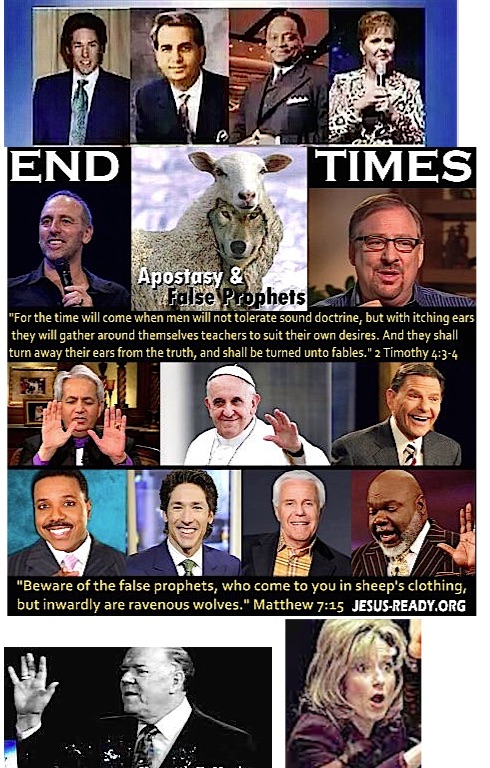 Even during and after the Reformation there was another Movement called THE RADICAL REFORMATION.

This Group wanted only to separate totally from both sides, and be one in the Spirit, having No religious ties seeking Harmony.

The enemy will use any Movement to bring about another form of Bondage, one way or another.

God is not Creating Movements.!!

He is bringing RADICAL REVELATION!!!!

One On One Meeting with Jesus MIND to Mind, Face to Face.

You have to Grow Up and and take Responsibility for your Own Spiritual Breakthrough.
JESUS AND HIS WORD ARE ONE.