YOUR STATE OF MIND

The Apostle Paul is the First Person to begin to Speak to us about the difference between our CARNAL MIND, and The MIND of CHRIST/

The Word Enmity means HOSTILE to GOD/ or walking in the FLESH.

He gos on to tell us that we are to all be of ONE MIND? Concerned about each other etc.

Then he tells us Flat out in

For who hath known the mind of the Lord, that he may instruct him ? But we have the mind of Christ.

Sad to Say that we have inherited HIS MIND, but know one wants to Learn how to use it?

2,000 years have gone by, and the Church is still using the CARNAL MIND/

They have No Teaching at all or DOCTRINE on this SUBJECT, so it is Fair to Say that No one has Ever Been there to talk about it? ( Except PAUL )

I am here to Tell you, that GOING BEYOND WHERE NO MAN HAS GONE BEFORE, is a JOURNEY into the MIND OF CHRIST/ and I am PURSUING it, and MOVING to HIGHER GROUND day by day/

Without his MIND we are unable to OVERCOME and MOVE to the NEXT LEVEL of walking by FAITH in the VICTORY that has already been WON.

Eph 4:23
And be renewed in the spirit of your mind;

1) new
a) as respects form
1) recently made, fresh, recent, unused, unworn
b) as respects substance
1) of a new kind, unprecedented, novel, uncommon, unheard of

Phl 2:5
Let this mind be in you, which was also in Christ Jesus: 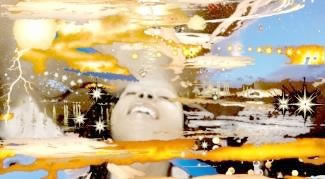 2,000 years ago Paul tells us that God Gave us ACCESS to his MIND, his WISDOM.

Other Phrases for this Mind are, MANIFOLD WISDOM and OPENING the UNDERSTANDING.

Eph 3:10
To the intent that now unto the principalities and powers in heavenly [places] might be known by the church the manifold wisdom of God,

(Manifold means MUCH, MUCH LARGER, then we are able to GRASP. in Colors we never new.)

Col 2:3
In whom are hid all the treasures of wisdom and knowledge.

Here we are told that ALL TREASURES are Hidden, but know one is seeking Hidden Treasure, they are all seeking worldly mammon. ???

Luk 24:45
Then opened he their understanding, that they might understand the scriptures,

The HOLY SPIRIT will bring you to this NEW Place, when you begin to PURSUE his MIND By FAITH. He will OPEN your UNDERSTANDING and you will begin to Partake of the HIDDEN MYSTERIES, Revealed in these last days.

These Words that are trying to Define his MIND/ all mean the same thing, and it leads to a JEWISH idiom that means Sexual Intimacy, as between a man and a women, that is the closeness that is trying to be Imparted.

Our Mind, Linked to his MIND, is HEAVENLY INTIMACY between the BRIDE and the BRIDEGROOM.

There are no HUMAN WORDS to Define this STATE/ It is beyond SUPERNATURAL and Outside Human understanding.

The RAPTURE will occur when your MIND becomes ONE with HIS/ Then he will Have CONSUMED you, and you will be CAUGHT AWAY in the Spirit of your Mind, in his EMBRACE, on a HEAVENLY HONEYMOON/