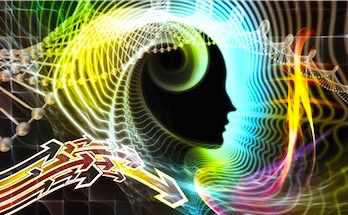 One of the Foundational Principles I have Established, is that the WORD of GOD is Multi-Dimensional, and was never, ever intended to be read in Linear Time. Until you begin to Understand this Principle you can never, hope to Grasp Prophecies concerning the middle east or Israel’s enemies.

Prophecies concerning Israel’s enemies have no TIME STAMP on them, and they are being prophesied not only to the enemies on the Ground but to the Principalities over the middle east Region.

Just as God Proclaimed The Enemies Doom in Gen 3:15, He continues to do so throughout his Word.

The Book of Amos is written to those Principalities who are at War with one another over the Fortresses that be in these areas. Strong Holds of these Principalities, So these are Multi-Dimensional Decrees.

God is telling these Principalities that he is sending a Wall of Fire on them, and he is the one responsible for Breaking their Ranks, and scattering them. Not Earthly governments.

Book of Amos/ Chapter ONE

The Words Benhadad and Hazel are referring to Syria and God is saying he is going to send a fire and devour the palaces.

It means that these leaders are Fallen Angels, Sons of Angels which the term sons of God here means sons of a False God, Satan’s Off spring.

Amos 1:4
But I will send a fire into the house of Hazael, which shall devour the palaces of Benhadad.

Amos 1:14
So I will kindle a fire in the wall of Rabbah, and it shall devour her strongholds, with shouting on the day of battle, with a tempest in the day of the whirlwind.

whirlwind
storm-wind
Cause to perish, to exterminate/ snatch away, to carry away to make an end

This Whole Book of Amos, God is prophesying the Doom of the Fallen Angels and their seed. All the words lead back to meanings concerning the Tribes of Fallen Angel Tribes and cities where they lived, still living.

Verse 14 is a cross-reference of Daniel 11:40 when God is going to have his Final Battle to wipe them out.

Amos 1:15 And their king shall go into captivity he and his princes together saith the Lord.

So God is foretelling the Doom of the Principalities who inhabit the middle east areas where
Tribes of Giants rule.

Acts 7:43
You took up the tent of Moloch and the star of your god Rephan, the images that you made to worship; and I will send you into exile beyond Babylon.’

Amos 5: 26,27
You shall take up Sikkuth your king, and Kiyyun your star-god—your images that you made for yourselves, and I will send you into exile beyond Damascus,” says the Lord, whose name is the
God of hosts. ( angels ) 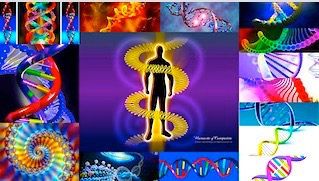 ( Cross Breeds of ISHMAEL and the Nephilim. History or Link to Satan’s Seed)

When these scriptures are talking about kings and princes, it is referring to the Prince of the Power of the Air, not earthly kings, but the principalities over these regions.

The Principalities that rule over and through the children of disobediance, who are the Off Spring of Alien DNA, the Ishmael, mingled seed.

Also in Isaiah 24: 21, -23 read all
And it shall come to pass in that day, that the LORD shall punish the host of the high ones that are on high, and the kings of the earth upon the earth.

I started this message due to my hearing someone trying to figure out just who, what or when,
Amos was prophesying this to. When I read Amos I realized, No Wonder he was Confused.
He has no idea who this Word is for.