THE MYSTERY OF MINGLED SEED

Hope you can Keep up with the MYSTERY of Mingled Seed/ as we Continue to Go Where NO MAN has Gone before, into the Unfolding Mysteries that God is Unfolding in these Last Days/

The Last Days are as the Days of Noah, which we have already talked about/ Those days where about Fallen Angels who down graded to another Species called the Nephilim, or Anak/ They Mingled their Seed with Human Seed, which produced GIANTS and Violence/

Gen 3:14
And the LORD God said unto the serpent, Because thou hast done this, thou [art] cursed above all cattle, and above every beast of the field; upon thy belly shalt thou go, and dust shalt thou eat all the days of thy life:

Gen 3:15
And I will put enmity between thee and the woman, and between thy seed and her seed; it shall bruise thy head, and thou shalt bruise his heel.

God is PROPHESYING the DOOM of ALIEN SEED/

It was part of God's Ambush that satan should believe the seed that was going to wipe out his seed was coming through a Human Blood Line, Carnal Seed.

20 And the God of peace shall bruise Satan under your feet shortly. The grace of our Lord Jesus Christ be with you. Amen.

God is PROPHESYING the DOOM of ALIEN SEED with the Coming of the SEED of PROMISE.

The Fallen ones took this to mean, Carnal Seed coming to Wipe them out.

ISRAEL was at WAR against the Seed, or descendants of the Fallen Angels.

The Church has been trying to Spiritualize this for thousands of years, since they did not GET IT?

ALIENS are REAL, and they have always been here trying to Kill, Steal and Destroy us before the Seed of Women Wipes them out/

That happened 2,000 years ago/ It is FINISHED/ now they are just Waiting for their End/ But they will attempt to make one last Jail Break from this Prison, or Dimension before it all go's up in FIRE/

THE WORD GOD here dose not mean the most high God/ it means angels, magistrates, and even FALSE GOD. The Sons of a False God/ came to Pollute the DNA of the daughters of men. There by creating MINGLED SEED that would destroy itself.

Gen 6:4
There were giants in the earth in those days; and also after that, when the sons of God came in unto the daughters of men, and they bare [children] to them, the same [became] mighty men which [were] of old, men of renown.

How Can you Spiritualize this? This was the cause of the Flood.

Num 13:28
Nevertheless the people [be] strong that dwell in the land, and the cities [are] walled, [and] very great: and moreover we saw the children of Anak there.

Num 13:33
And there we saw the giants, the sons of Anak, [which come] of the giants: and we were in our own sight as grasshoppers, and so we were in their sight.

Deu 2:20
(That also was accounted a land of giants: giants dwelt therein in old time; and the Ammonites call them Zamzummims;

Deu 2:21
A people great, and many, and tall, as the Anakims; but the LORD destroyed them before them; and they succeeded them, and dwelt in their stead:

Anak = "neck"
1) progenitor of a family, or tribe of the giant people in Canaan

I Samuel 17 on the Philistines/ They where Giants/ 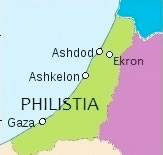 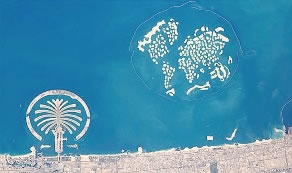 Signs on the Earth of Aliens/ or Mingled Seed.

Land of the GIANTS, their Descendants/ Off Spring/

2 Sa 21:18
And it came to pass after this, that there was again a battle with the Philistines at Gob: then Sibbechai the Hushathite slew Saph, which [was] of the sons of the giant.

2Sa 21:19
And there was again a battle in Gob with the Philistines, where Elhanan the son of Jaareoregim, a Bethlehemite, slew [the brother of] Goliath the Gittite, the staff of whose spear [was] like a weaver's beam.

2Sa 21:20
And there was yet a battle in Gath, where was a man of [great] stature, that had on every hand six fingers, and on every foot six toes, four and twenty in number; and he also was born to the giant.

2Sa 21:21
And when he defied Israel, Jonathan the son of Shimea the brother of David slew him.

THE MIGHTY WARRIORS OF ISRAEL where all GIANT FIGHTERS/ KILLERS OF ALIENS.

Ezra 9:2
For they have taken of their daughters for themselves, and for their sons: so that the holy seed have mingled themselves with the people of those lands: yea, the hand of the princes and rulers hath been chief in this trespass.

So as time went by/ they had No Idea of what Seed was Mingled with WHO?

Here is what UNFOLDS. 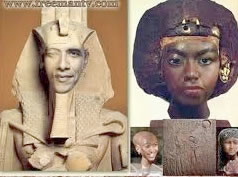 Daniel 2:43
And whereas thou sawest iron mixed with miry clay, they shall mingle themselves with the seed of men: but they shall not cleave one to another, even as iron is not mixed with clay.

We have a WHOLE PLANET with MIXED SEED and none of it will MINGLE in Peace, so Wars and rumors of Wars will continue till this Mingled Seed wipes itself out.

So we are Back to this/

Gen 6:5
And GOD saw that the wickedness of man [was] great in the earth, and [that] every imagination of the thoughts of his heart [was] only evil continually.

References to Gaze and God wanting it destroyed

Jos 11:22
There was none of the Anakims left in the land of the children of Israel: only in Gaza, in Gath, and in Ashdod, there remained.

Where Alien descendants lived, and are still LIVING.

ISRAEL is STILL FIGHTING the OFF SPRING of ALIENS, who Still Live in GAZA, Their DNA is PROGRAMMED to WIPE out the Seed of ABRAHAM/ they have No Idea Who they are, or who their Father is/

Jhn 8:44
Ye are of [your] father the devil, and the lusts of your father ye will do. He was a murderer from the beginning, and abode not in the truth, because there is no truth in him. When he speaketh a lie, he speaketh of his own: for he is a liar, and the father of it.

JESUS is Telling them plainly, that they are descendants of the False God since they have NO TRUTH in themselves and they are trying to Kill him/

That is what the ALIEN DNA creates/ RAGE and Violence towards TRUTH/ Also Identity Confusion as to what sex you are? 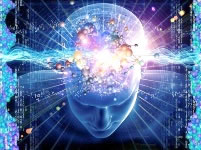 THE MINGLED SEED or ALIEN DNA MINGLED with the DNA of HUMANS Results in Humans Fighting themselves, and whipping one another out/

Look at the Middle East, and try to Make Sense out of anything these people are doing? They are Filled with Rage and run around killing and destroying for what ever Reason seems good to them at the time/

They will never, ever have PEACE/ their DNA will not allow it.

NOTES from the MIND OF CHRIST

The devil masquerades as an Arab/ or Alien, living in the Middle East.