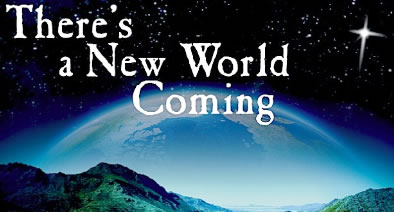 Col 3:4 When Christ, [who is] our life, shall appear, then shall ye also appear with him in glory.

1Jo 3:2 Beloved, now are we the sons of God, and it doth not yet appear what we shall be: but we know that, when he shall appear, we shall be like him; for we shall see him as he is.

1) to bring forth into the light, cause to shine, shed light
2) shine
a) to shine, be bright or resplendent
b) to become evident, to be brought forth into the light, come to view, appear
1) of growing vegetation, to come to light
2) to appear, be seen
3) exposed to view
c) to meet the eyes, strike the sight, become clear or manifest
1) to be seen, appear
d) to appear to the mind, seem to one's judgment or opinion

We are in Christ- we are his Body. What we are all Waiting for is to be given Access to his Mind/ Our Mind ***

Receiving the Mind of Christ

His Mind is our inheritance. His Mind is where all the Treasures of what we are seeking are Hidden. They are Hidden and kept in store for those who are seeking Him diligently, and fervently. He will appear when those who are seeking him are allowed Access to that Mind. It is the Holy Spirit who Grants this Access. This is not something you can obtain any other way. You Must Study the WORD of GOD, which is spending time with Jesus. This is how you develop a Relationship with him and his Holy Spirit, who becomes your Teacher and leads you into all Truth.

When you have come to a place where the Holy Spirit can open your UNDERSTANDING into these Hidden Mysteries, then you will begin to partake of that Mind.

Little by little, His Mind will override your carnal mind, until one day we will Awake with his Likeness. 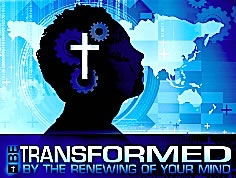 Then he will have Appeared!!!

This is what the Human Race has been Waiting 2,000 years for. The Appearing of the Sons of God. This is not Christ Consciousness. This is something BRAND NEW, and is FAR GREATER. This Appearing will then Transform us into his IMAGE.

Then the REAL CHURCH will be equipped to OVERCOME the WORLD through the Illumination of his MIND.

We are not going to Escape what is coming. We are Going through what is coming as we will be HIDDEN in Christ. Just as He was Hidden from those trying to kill him, so will we Be Hidden until we are found in the NEW Time Line.

Jhn 10:39 Therefore they sought again to take him: but he escaped out of their hand,

John 7:30 At this they tried to seize him, but no one laid a hand on him, because his time had not yet come.

Luke 4:30 But he walked right through the crowd and went on his way.

Jhn 8:59 Then took they up stones to cast at him: but Jesus hid himself, and went out of the temple, going through the midst of them, and so passed by.

John 8:59/ Living bible.
At that point they picked up stones to throw at him. But Jesus was hidden from them and left the Temple.

LIVING in the LAND of GOSHEN

1) to hide, conceal, to be hid
2) escape notice
3) metaph. to conceal (that it may not become known)

During the GREAT TRIBULATION, THE SONS of GOD will Escape all that is going on the Same Way JESUS did when he was here.( with the MIND of CHRIST)

This is called OCCUPYING

Luke 19:13
And he called his ten servants, and delivered them ten pounds, and said unto them, Occupy till I come.

Luk 18:8 I tell you that he will avenge them speedily. Nevertheless when the Son of man cometh, shall he find faith on the earth?

There is NO FAITH in a Church Looking to Escape, Rather than become More then OVERCOMERS through the TRANSFORMATION of our MINDS.

The RETURN of CHRIST is When Christ Appears in his BODY.

We will Become him and then we will OVERCOME the WORLD ONCE Again.

1Jo 3:2 Beloved, now are we the sons of God, and it doth not yet appear what we shall be: but we know that, when he shall appear, we shall be like him; for we shall see him as he is.

VIDEO ON HIS APPEARING