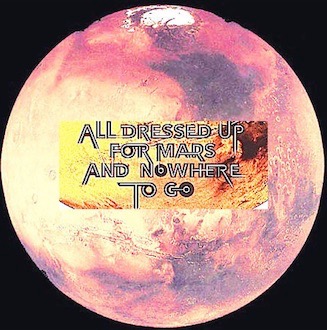 I wanted to say a few words about the Exploration of Mars and what this means in Reality.

You should read some of the messages on the Subject of Perception of Reality, The Fallen Angels, and the Wilderness.

The Fallen Angels are called the Destroyers for a reason; however, that is way over the heads of people at NASA, who are operating only in their CARNAL MIND.

The Planet MARS is the Perfect Example of how the Destroyers suck the Life out of anything they can to sustain their own existence.

Gen 3:14 Then the LORD God said to the serpent, "Because you have done this, you are cursed above all cattle, and above every beast of the field. Upon thy belly shalt thou go, and dust shalt thou eat all the days of thy life.

Gen 3:15 And I will put enmity between you and the woman, and between your seed and her seed. it shall bruise thy head, and thou shalt bruise his heel.

What was done to MARS is what the Destroyers are doing RIGHT NOW on this Planet, daily.

God Condemned them to Live off the energy of DUST. They survive off the lowest elements, which includes Sin and Death. They create wars, and massacres to Feed on.

Their need for Energy is a Bottomless pit, Black Hole. 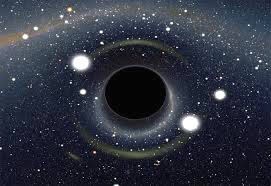 The idea of going to Mars is a waste of Human Resources. It is like trying to revive a corpse. Or going to a Grave Yard.

The Planet is twice dead and there is nothing in outer space, THE WILDERNESS, to find, since the Destroyers, the Prince of the Power of the Air, has already consumed everything.

It is beyond simple minded to think Man belongs in Space. Why do you think God presented Man with a NEW BIRTH, if the one we have is going to Last?

Space is not a Frontier at all. It is the Dead Zone that is inhabited by Aliens who seek who or what they can DEVOUR.

The Final Frontier is the Realm of the Spirit. Man must get a NEW BODY in order to Go where No Man has Gone Before.

Space is the Wilderness. It is a Reflection of something Dead and Gone.

Bitter Sweet, meaning Great Deception ( man likes to Fantasize about dealing with predators ? Predators who are going to Devour him? )

Be sober, be vigilant; because your adversary the devil, as a roaring lion, walketh about, seeking whom he may devour:

nt 2347 etc
4176
to gnaw, crunch, chew raw vegetables or fruits (as nuts, almonds)
of animals feeding
of men
to eat

( It certainly does not mean the local desert!! See the Message on the WILDERNESS )

MYSTERY of the WILDERNESS

Man is this Predators Energy source

Isaiah 24:21
And it shall come to pass in that day, that the LORD shall punish the host of the exalted ones that are on high, and the kings of the earth upon the earth.