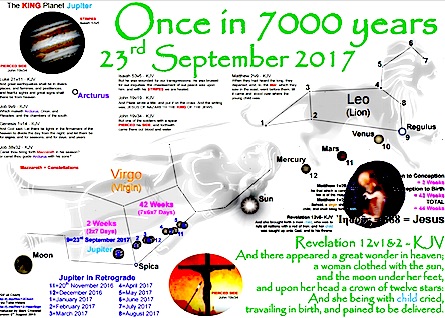 VISIONS of SIGNS and WONDERS in the HEAVEN’S 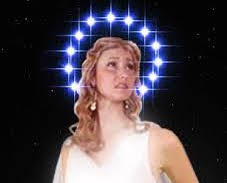 I was Hearing and seeing  creation GROANING and GRINDING  to a Screeching HALT.

Romans 8:22 For we know that the whole creation groaneth and travaileth in pain together until now.

What I saw was Time Standing Still, and the elements where all in a State of Temporal Flux/
The Earth looked like it was melting and loosing its form. 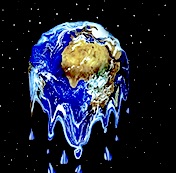 But in this Vision  I did not see what I was Screaming about ?  that was very weird/ I was seeing it but Not seeing it/
I assume I will see it/

I was witnessing his Appearing/  and it was happening while there was Great Chaos in the Heavens/
This is also the Time of Perplexity of Nations.  (Immagration, Days of Noah, the Dragon )

Then I saw something else going on in the midst of this a Fire sparked/ and it went from a spark to a Full Blown
Ragging Fire in a matter of seconds.  It became an all Consuming Fire.

REV 13;13
And the second beast performed great signs to cause even fire from heaven to come down to earth in the
presence of the people.

Perplexity of Nations has already started, but these coming Events will Create a Fire Storm of chaos that will Ignite
and Move us into the TRIBULATION.

Revelation 12:1
And there appeared a great wonder in heaven; a woman clothed with the sun, and the moon under her feet,
and upon her head a crown of twelve stars:

Luke 21:25
And there shall be signs in the sun, and in the moon, and in the stars; and upon the earth distress of nations,
with perplexity; the sea and the waves roaring;

ACTS 2:2/  The noise heard in the Air above Jerusalem ( roaring noise coming from outer  space )

But in the middle of all this/   Jesus will Appear.

This is the MOVING OF THE MIND to a NEW LEVEL.

That will be the Next Rapture, when we are MOVED into his MIND/

Caught Away in the Spirit of our MIND to his.

Job 22:14 Thick clouds [are] a covering to him, that he seeth not; and he walketh in the circuit of heaven.

Psa 19:6 His going forth [is] from the end of the heaven, and his circuit unto the ends of it: and there is nothing
hid from the heat thereof.

Luk 21:25
And there shall be signs in the sun, and in the moon, and in the stars; and upon the earth distress of nations, with
perplexity; the sea and the waves roaring;

Luk 21:26
Men's hearts failing them for fear, and for looking after those things which are coming on the earth: for the
powers of heaven shall be shaken.

Psa 18:12 At the brightness [that was] before him his thick clouds passed, hail [stones] and coals of fire.
2Th 2:8 And then shall that Wicked be revealed, whom the Lord shall consume with the spirit of his mouth,
and shall destroy with the brightness of his coming:

1) to show to or upon
a) to bring to light
2) to appear, become visible
a) of stars
3) to become clearly known, to show one's self
d) to appear to the mind, seem to one's judgment or opinion

2) metaph.
a) God is light because light has the extremely delicate, subtle, pure, brilliant quality
b) of truth and its knowledge, together with the spiritual purity associated with it
c) that which is exposed to the view of all, openly, publicly
d) reason, mind
1) the power of understanding esp. moral and spiritual truth

Luk 21:27 And then shall they see the Son of man coming in a cloud with power and great glory.

Luk 21:28 And when these things begin to come to pass, then look up, and lift up your heads; for your
redemption draweth nigh.