DANIEL 4:17 For this has been decreed by the messengers ; it is commanded by the holy ones, so that everyone may know that the Most High rules over the kingdoms of the world. He gives them to anyone he chooses— even to the lowliest of men.”

Sadly, the USA Fake news only reports drama, trauma, and turmoil going on in this country. So we the people have no idea what is going on all over the World (unless you watch other news like the BBC, etc).

The present issues facing the UK with BREXIT have created internal Chaos much like the Chaos that goes on here in the USA capitol. We are on a similar course to get our Immigration issues resolved, and all of that just creates More Drama and Turmoil within.

The UK is an Ally. We have Stood together through World Wars and we come together to Win whatever is trying to Overcome the World when we need to.

The World View is: The World is being Reshaped and New Alliances are being Formed as old ones collapse. Out of this struggle to Maintain Economic stability nations around the globe are making new deals with the devil. Aligning themselves with the dark side.

Dictatorship VS Democracy.   ( Daniel chapter 7 is the reshaping of the planet. )

Daniel 7:2  Daniel spake and said, I saw in my vision by night, and, behold, the four winds
of the heaven strove upon the great sea.

This verse is describing the Turmoil on the Planet of the Striving of the Birthing forth of these New Alliances. Great Travailing taking place to let go of decade old agreements and
Alliances that know longer work.

The enemy comes in the back door and before anyone realizes what has Happened, has a Foothold somewhere you weren’t paying attention to.
( New Hitlers in the making / remember we are not fighting flesh and blood )

THE UK has NO LEADERSHIP right now. The Struggle over Brexit is dismantling not only their EU treaty, but their own Parliment. This CHAOS will most likely lead to them electing a NEW Prime Minister. 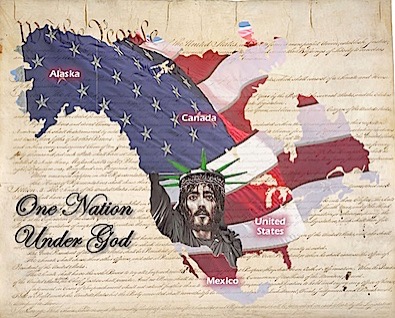 Meanwhile, it seems that the OVAL OFFICE is having similar turmoil, with many leaving office as well. Totally New Cabinet replacements in both Nations? While the problems in South America are now similar to those that took place during the Arab Spring. MUM

The Turmoil on the Surface is an Emotional Response to CHAOS that people have no ability to deal with. It is Over their Heads. It is all Orchestrated by the enemy.

But Could all this CHAOS be Leading to NEW ALLIANCES or Trade agreements, that will STRENGTHEN our Nation and our Hemishere? NO Nation can Stand alone in the World to come (Our Nation Must get out of the middle east and concentrate on this Hemisphere, while getting our Own House and Borders in Order).

The EU treaty must be dismantled in order for the UK to make any NEW ALLIANCES. That is written into their agreement, with the devil (that is why the enemy is fighting to keep this from happening). The EU was orchestrated by the enemy. Fake Agreements that are Over men's heads (the Carnal Mind of Man at work creating fraud on himself).

But God is the JUDGE. In our own Hemisphere the Alliances created in South America are dictating New Trade Agreements. Governments seeking to Align themselves with China and Russia are the Big Threat. As Dictatorships FAIL, a VOID is left for the enemy to move in and Save the Day. People looking for their Government to Save them are Doomed.

So LINES are Being Drawn. Dictators versus Democracy. The enemy seeking to gain control through the back door of any and all Treaties.

Is ANYONE in Charge anywhere? Thank God we the people have A GOD and he doesn’t need a Cabinet to get things done.

But God has already Spoken on NEW SPIRITUAL LEADERSHIP that will completely DOMINATE all these Carnal Issues that man attempts to solve.

So stop looking to Man to Resolve anything, and be Looking for the Next Move of the Spirit.

The Promised Land is not of this World.

DANIEL chapter 7 is the ReShaping of the Planet into a New Global Dictatorship. So the Question is, does this Prophecy include Nations that did not exist at that time?